Benue State Chapter of the Peoples Democratic Party (PDP) hails the firm leadership by Governor Samuel Ortom over its affairs in the state.

The party notes with satisfaction the focus and dedication demonstrated by the governor towards ensuring free, fair and transparent 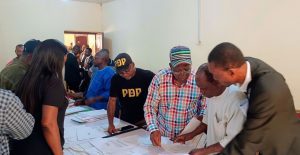 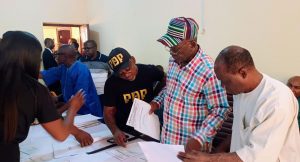 processes to nominating candidates for the party to the 2023 elections.

Benue PDP is optimistic that with the interface Governor Ortom had with officials of the party and electoral committee members yesterday and his personal monitoring of distribution of sensitive materials for the exercise this morning, all is set for its success on this day.

The governor’s call for lawful and peaceful conduct by aspirants and party members alike during the exercise is reiterated by the party as any one found in breach of the law will be sanctioned under its provisions.https://www.tvcnews.tv/purplegold/post.php?post=197679&action=edit#

PDP in Benue assures its teeming members it has complied with relevant provisions of law for conduct of all primary elections beginning with the State Assembly and House of Representatives today, Senate tomorrow and the Governorship on Wednesday, 25th of this month.

Governor Samuel Ortom of Benue State is a two term governor of the Strate and was also a minister during the administration of President Goodluck Jonathan representing the State.

He first became governor of Benue State in the unprecedented defeat of the then ruling Peoples Democratic Party which he was a part of before defecting to the All Progressives Congress and emerging as the governorship candidate and defeating the PDP Candidate in the election, Terhemen Tarzoor.

He later defected back to the Peoples Democratic Party in 2018 following an umprecedented level of killings by bandits and suspected Herdsmen especially in thye Agatu areas of the State.

He has since been in the forefront of those who regularly condemns the Federal Government for alleged sympathy towards the activity of the Herdsmen and bandits in his State.

AIG Warns Against All Forms of Street Protest in, Sokoto, Kebbi, Zamfara