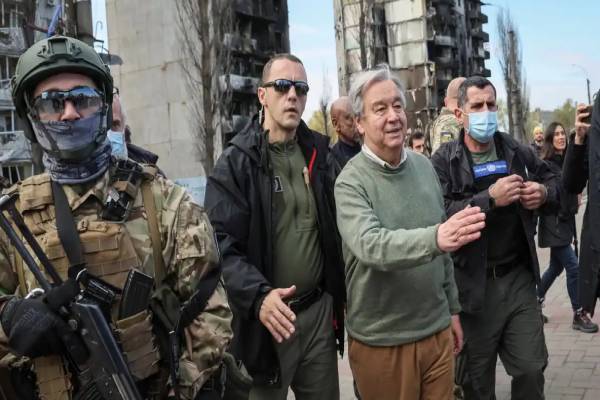 The UN said Wednesday that it has teams in Moscow and Kyiv following through on Guterres’ “in principle” agreement with Putin to allow the UN and the International Committee of the Red Cross to evacuate residents trapped in the besieged port city of Mariupol’s Azovstol steel mill.

While European nations have taken steps to reduce or eliminate their reliance on Russian oil and gas, the cost of replacing those supplies, as well as potential economic consequences at home, have prompted some leaders to express caution about how quickly they should proceed down that path, as Ukrainian officials called for an embargo.

His comments came a day after Russia’s Gazprom halted natural gas supplies to Poland and Bulgaria.

According to Gazprom, Poland and Bulgaria have not met Russia’s demand to pay for natural gas in rubles. According to Bloomberg News, the company said four unnamed natural gas customers paid Russia in rubles, while ten European companies set up ruble accounts to facilitate payments in the Russian currency.

The White House said Wednesday this move by Russia was anticipated.