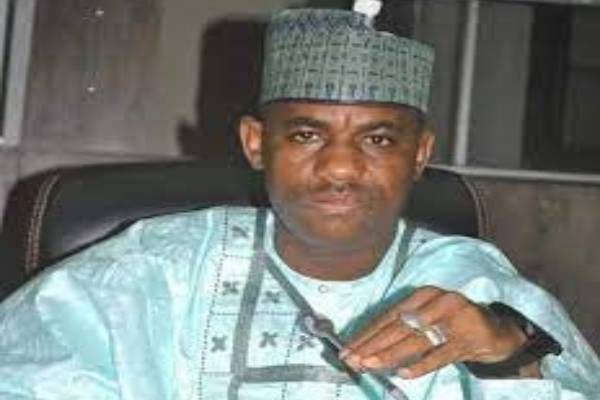 Speaker of the Sokoto state House of Assembly Aminu Muhammad Achida has given reasons for his defection from the All Progressives Congress, APC.

According to Achida, he left the party to pursue his political ambitions in a free of rancor, division, and factionalization environment.

The Speaker formally informed the Assembly of his defection from the APC to the People Democratic Party (PDP) on Thursday.

Mr. Achida in a letter jointly signed with Murtala Maigona, the APC Deputy Chief Whip, representing Wamakko Constituency at the state House of Assembly said the decision is in order to pursue their political ambition.

The letter which read in part quoted the Speaker saying “Our decision to defect to PDP is in order to pursue our political ambition in congenial atmosphere devoid of division, factionalisation and crisis.

“The APC has throughout its chequered history remained a motely of different interest groups, especially in Sokoto state.

They said another faction of Senatoe Abubakar Gada, electing Mainasara Sani, as state Chairman, while the other faction of member House of representatives Balarabe Salame, held their Congress and elected Sirajo Abubakar as state APC Chairman.

The Speaker added that the ugly developments has plunged the APC into serious litigations in several States of the federation.

He said the action of the different interest has put the party into serious danger leading to mass defection in some states of the federation.

Achida, who represent Wurno Constituency at the Assembly said that their defection is in accordance with the letters and spirit section 109 (1)(g) of the Constitution of the Federation Republic of Nigeria, 1999 as amended.

One killed as Police foil attack on Anambra Police station