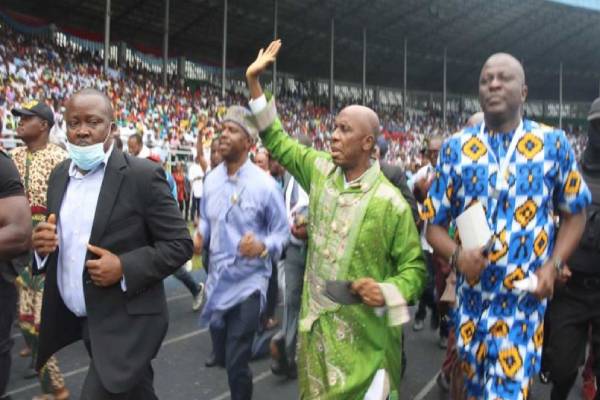 The Minister of Transportation, Rotimi Amaechi, has confirmed his candidacy for the 2023 presidential election on the platform of the ruling All Progressives Congress (APC).

The former Rivers State governor vowed to end the nation’s persistent problems and bring about prosperity at a thanksgiving event organised by the party’s Rivers State Chapter on Saturday.

Until Monday, the minister, who is the sixth APC presidential candidate to officially declare his intention, has consistently denied any involvement in the race.

The APC’s South-South leader, stated that he would use his 23 years of government experience, ranging from speaker to governor to minister, to help restore the country.

He said: “My aspiration is not about fulfilling any personal ambition. I am contesting for the office because I believe that it is my moral duty to give what I can in the service of my country.

“To sustain and intensify present efforts at solving our national problems, our democracy must ensure the emergence of a leadership that is equipped with broad experience in governance to ensure stability and continuity. To sustain our democracy and preserve our unity, we need a steady hand and a passion for success in a nation that remains united to pursue prosperity for all Nigerians.”

In his statement, the state chairman of the party, Chief Emeka Beke, declared that the party’s mandate has been restored, and that the APC in the state is now in a position to win elections.

The Plateau State Governor, Simon Lalong, who spoke on behalf of the Northern Governors’ Forum and the Progressive Governors’ Forum, said the media had exaggerated Amaechi’s lack of structure in the state.