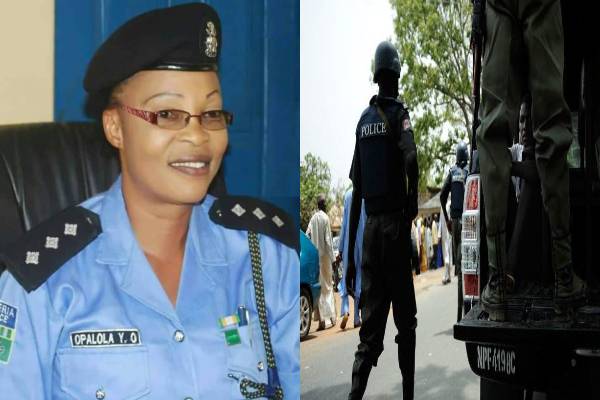 The Police Command in Osun has arrested a hunter, who allegedly shot and killed the 78-year-old Imam of Alaguntan village in Orile-Owu, Aiyedaade Local Government Area, whom he mistook for an antelope.

The command’s Spokesperson, SP Yemisi Opalola, disclosed this during the parade of criminal suspects at the state police headquarters in Osogbo.

She said: “On April 17, at about 11:30 a.m, a complainant from Ogbere Oloba area of Ibadan reported at a police station that his father, one Adegun Yusuf, 78, the Imam of Alaguntan village in Orile-Owu, was shot dead by a hunter from the same village.

“The suspect was later arrested and he confessed to the alleged crime.

“He (the suspect) explained that he was on a hunting expedition when he saw an antelope in the bush, which he shot at with his Dane gun, but that he was surprised when he went to pick the antelope and met Baba Imam on the ground.”

Opalola said that the suspect would be charged to court after the completion of the investigation.

Similarly, the police spokesperson said that the command also arrested a 27-year-old man, who was allegedly sending telephone messages to a lawmaker in Osun and a judge, threatening to kidnap them and their children.

The police spokesman said the suspect had sent a series of threat messages to his targets, demanding between N500,000 and N2 million from them, if they did not want to be kidnapped alongside their children.

She said that when the matter was reported, police detectives swung into action, adding that through serious efforts, the telephone number used in sending the threat messages was tracked and the suspect arrested.

Opalola said that other suspects arrested and being paraded by the command included: three male suspects from Ile-Ogbo, who allegedly killed a 53-year-old woman, cut off her head, hands, and legs, and removed her heart for a money-making ritual.

She said that three suspected armed robbers, who usually trailed point of sales (POS) operators from their shops to their houses at Ikirun and then rob them of their money and valuables, were also arrested.

Opalola said a suspected armed robber, caught in the Aregbe area of Osogbo by police operatives while trying to dispossess a commercial motorcyclist and his passenger of their phones, was equally arrested.

She said all the suspects will be charged to court after completion of investigations.

The police spokesperson appealed to residents to support the police by providing the timely information needed to rid the state of crime and criminal elements.

I am still consulting, Not an aspirant yet- Fayemi