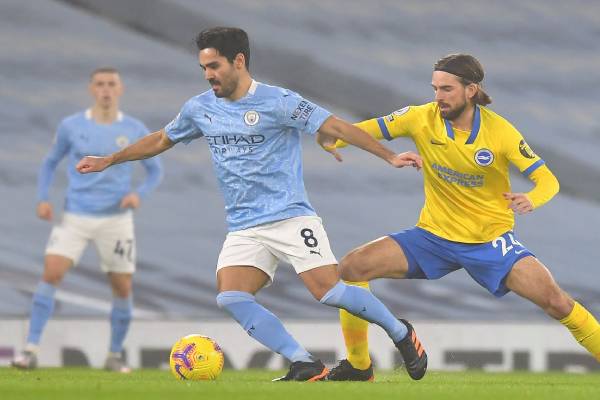 Liverpool had temporarily climbed to the summit with a 4-0 mauling of Manchester United on Tuesday.

City initially struggled to issue a response in the first half at the Etihad Stadium against a well-organised Brighton.

However, Liverpool’s hopes of staying on top of the standings were dashed as City came out for the second half looking more like champions, breaking the deadlock through Algerian forward Mahrez in the 53rd minute.

That opener seems to have settled City’s nerves with the hosts scoring a second 12 minutes later as Foden’s effort from distance was helped past Brighton goalkeeper Robert Sanchez by a deflection.

With Brighton beaten, Silva added a late third to seal the win that moved Pep Guardiola’s side onto 77 points from 32 games. They are one point ahead of Liverpool as they seek a fourth title in five years.