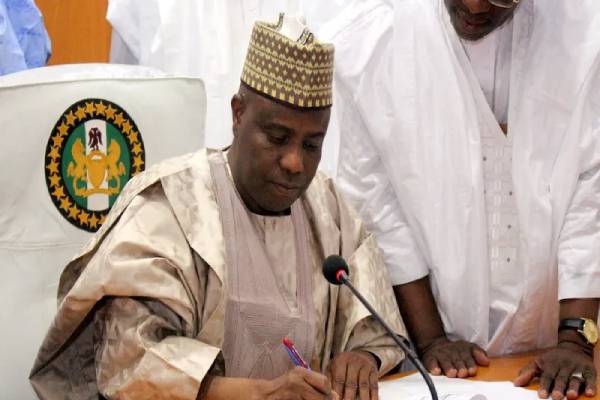 At the top of the list is Honourable Manir Muhammad Dan Iya, who was also the Overseer of the Ministry of Local Government and Chieftaincy Affairs.

A statement signed by the Special Adviser to the governor on Media and Publicity, Mohammed Bello stated that the remaining Commissioners include the commissioners in charge of the Ministries of Finance, Environment, Youths and Sports, Lands and Housing; as well as Careers and Security: Abdussamad Dasuki, Sagir Bafarawa, Bashir Gorau, Aminu Bala Bodinga and Col. Garba Moyi (rtd).

Others also include the Secretary to the State Government (SSG), Sa’idu Umar and the Chief of Staff, Mukhtar Umar Magori.