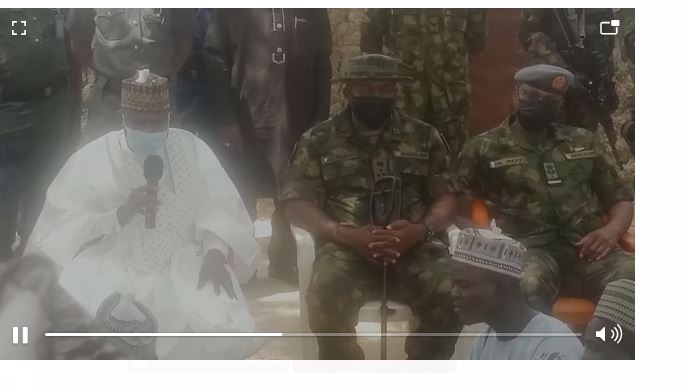 Sokoto state Governor Aminu Tambuwal has condoled with the people of Sabon Garin Liman, a community in Wurno local government over a recent bandits attack that cause the dead of some persons and destruction of property in the community.

Governor Tambuwal was in the community alongside other members of the state security council comprising of heads of all security agencies operating in the state and other stakeholders.

The governor says they are in the community not just to condole with the people alone, but to also warn those collaborating with bandits serving as informant in carrying out their nefarious activities to desist from doing so.

He said credible intelligence has revealed that bandits from within and outside the country are using the community as hiding place as well as escape route with the collaboration of some members of the community.

The community, Sabon Garin Liman share boundary with the dreaded Gudumi forest where banditry activities have been on the increase in the last five years.

Governor Tambuwal also commiserate with the people and government of Kebbi state over the recent bandits attack at Majuju village in Sakaba local government area of Kebbi South Senatorial District.