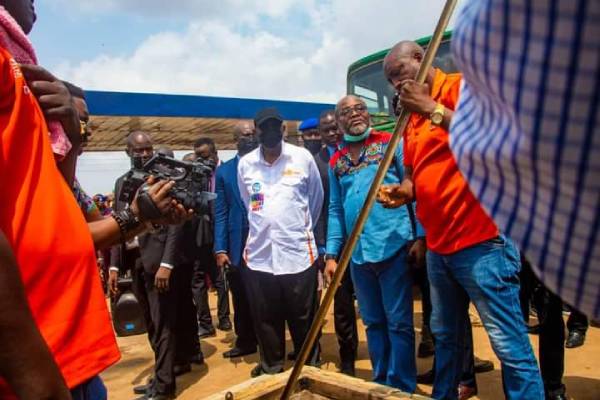 Amidst the lingering fuel scarcity and long queues at various Petrol station in the state and the country at large, Ondo State Governor, Rotimi Akeredolu, on Monday, joined the special Task Force Team to enforce the Approved Pump Price compliance

The Governor, after receiving full briefing from the Task Force that some Petrol stations took delivery of the product last night, but refused to sell into cars and motorcycles, visited the stations.

One of the stations is sunbet, in Oke Aro area of Akure. 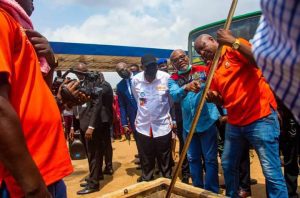 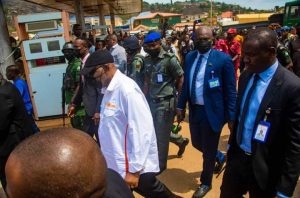 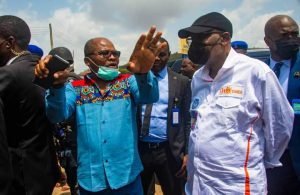 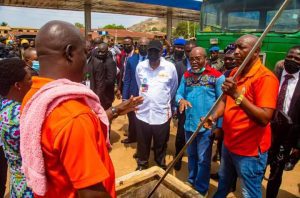 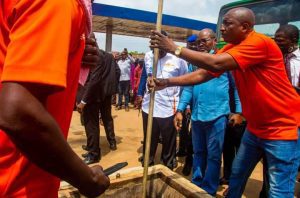 This is to ensure that the people of the state are not made to go through unnecessary hardship in the face of the lingering fuel scarcity.

The Head of the Governor’s Task Force and Senior Special Assistant to the Governor on Special Duties, Dr. Doyin Odebowale, informed the Governor that aside from selling into kegs only, the Petrol station owner said he would sell at N250 per liter, which is against the N165 approved pump price.

Governor Akeredolu who went round the station and confirmed the availability of Petrol, ordered that the product be sold to motorcycles and cars at the approved pump price of N165.

The people, mostly commercial motorcyclists hailed the Governor for coming to their rescue