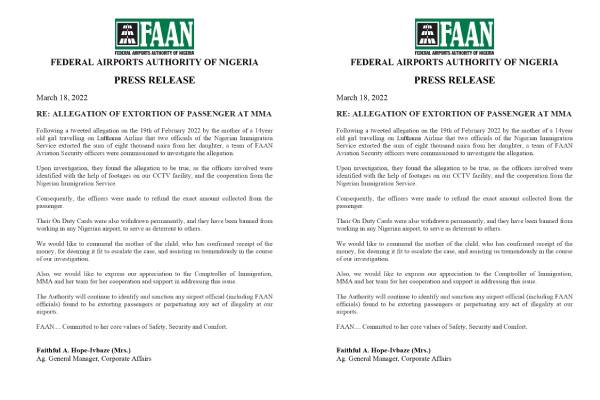 The Federal Airports Authority of Nigeria has banned two officers of the Nigerian Immigration Service permanently from working at any Airport in the Country for Corruption and Extortion at the Murtala Muhammed International Airport, Lagos.

FAAN in a series of tweets from its official twitter handle @FAAN_official said it was able to identify the culprits following the outcry from the mother of the 14 Year old girl who was travelling to Canada from Nigeria. 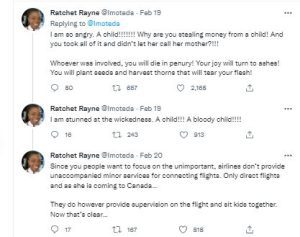 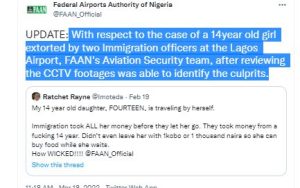 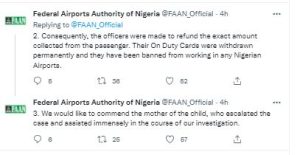 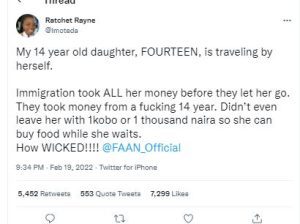 The agency said the culprits were identified from CCTV footage on the date of the incident, about two weeks ago.

The officers according to FAAN were made to refund the exact amount collected from the passenger.

FAAN thanked and commended the mother of the child, who escalated the case and assisted immensely in the course of its investigation.