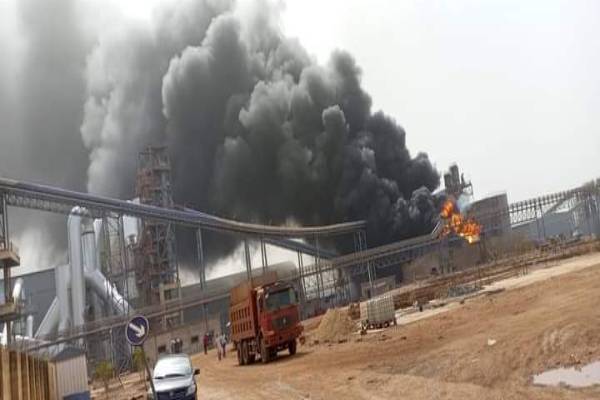 A statement signed by the company’s assistant Director Admin Services, Sada Suleiman said effort is still ongoing by a combine team of Federal and State fire services with its internal emergency management department to bring the situation under control.

He said though the immediate cause of the fire is yet to be ascertained, but the fire outbreak occured during a routine maintenance ion the storage tank by a third party contractor.

Mr. Suleiman said swift reaction by the company emergency department prevented the escalation of the fire outbreak and reduce the magnitude of damage on the plant and equipment.

He said the three persons that lost their lives in the explosion are staff of the third party contractors who are present at the immediate area of the incident when the explosion occured.

He said the factory that was earlier shutdown as a preventive and precautionary measures has since been open for operations since the production factory were unaffected by the fire.

The company said it will continue to observe all safety measures in all its production processes and promised to keep members of the public abreast of development on the fire incident.