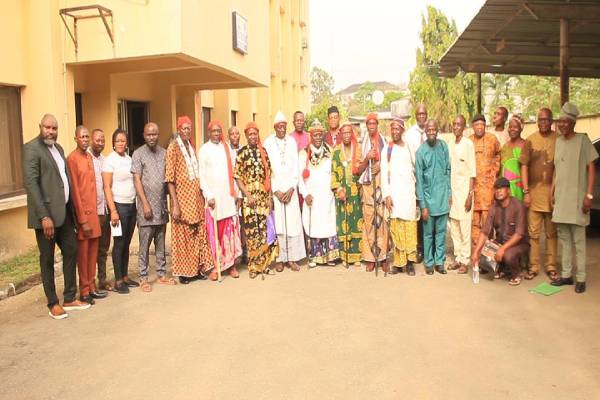 Professor Esu while addressing traditional rulers and political stakeholders from the two local government areas said there was no reason for the sister LGA to take laws into their hands by going to war.

He expressed dismayat the loss of lives and property worth millions of naira.

He said the needless clash has affected the economic growth of both LGAs.

The deputy governor who was represented by the permanent secretary special services governor’s office, Sir Mboto stated that both LGAs were invited to interact with the state government to understand the causes of the crisis and proffer solutions that will restore peace, unity, growth and economic stability to the areas.

He charged both LGAs to go back to the drawing board and ensure that they abstain from communal crisis which will only stunt development in both communities.

He expressed dissatisfaction with Traditional Rulers who know the perpetrators of crimes and illegalities yet shield them from the authorities.

He noted that it was an insult to the state government for the deputy governor to visit the areas for peace keeping then shortly after he left the crisis began.

The state security adviser central Mr Ransome Odey said though conflict cannot be totally eradicated, the state government is poised to ensure that lives and property of its citizens are properly secured.

He called on youths who are often used as agents of social vices to desist from such act as the state government will severely deal with all culprits.

The Obubra council chairman Mr Bassey Tom and his Íkom counterpart Mr Kingsley Egum who was represented by his vice Mrs Alice Erem-Abang said that as a council, they will keep enlightening the people on the need to maintain law and order in their communities and local government at large.

For their part, the royal fathers of Alesi and Odonget and Other stakeholders expressed delight at the prompt response of the state government to bring the crisis to an end.

Both communities thereafter signed a peace accord with the state government.