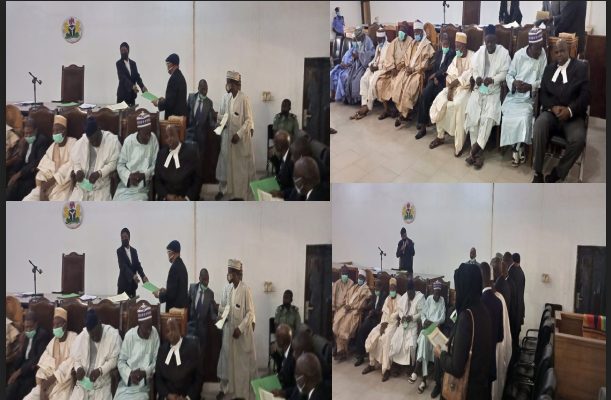 The Committee is chaired by retired Justice Halidu Tanko Soba.

Swearing in the committee, at the Zamfara State high court, the chief judge urges them to treat all issues with fairness, justice and not to put personal interest

“May I therefore call on the panel to concentrate on the issues contained in the notice of allegations attached to the instrument of your appointment” the chief judge said.

She adds that the Committee members are of unquestionable integrity and not been members of any public service, legislative Houses or political party.

This Development is coming five days after the Zamfara state House of Assembly request the state chief judge to Set up a Committee to Investigate Deputy Governor Mahdi Aliyu Gusau.

The Zamfara State House of Assembly is accusing the deputy Governor of gross misconduct, abuse of office among other things

A federal high court in Abuja had in November last year restrained the Zamfara State House of Assembly from from any move to impeach the deputy Governor.

Others are Amina Tanimu Marafa, Sani Mande and Ahmad Buhari Rabah while Barrister Ashiru Tsafe serves as the Secretary

Though no time frame was given to the Committee.

We Are Not Aware of ASUU Strike -FG.