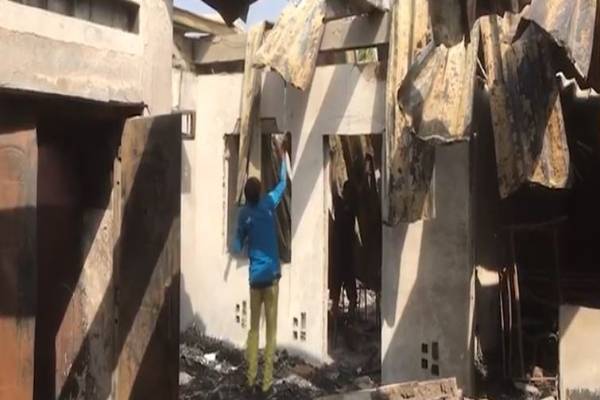 Properties worth huge sum of money have been destroyed after fire from a physics laboratory razed some part of a school belonging to Islamic Cleric Sheik Ahmed Gumi in Kaduna State.

The school is located in his residence close to Murtala Square in Kaduna North Local Government Area of the state.

According to the Cleric, the fire began at 5 p.m. on Saturday evening and lasted nearly an hour before being extinguished by men of the fire service.

He added that, there were no human casualties because only the physics, chemistry, and computer laboratories, as well as some classrooms, were affected.

He could not estimate the cost of property destroyed but said it was a significant amount.