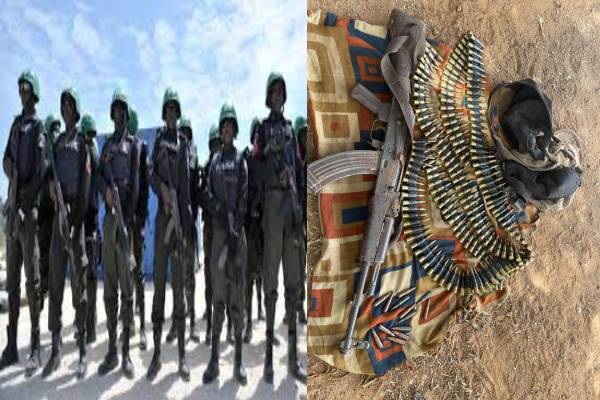 Officials of the Kaduna State Police Command say it’s operatives on Sunday, foiled an attack by armed terrorists in Kurmin Kare village in Chikun Local Government Area of the state along Kaduna-Abuja Highway.

The Spokesperson of the Command Muhammed Jalige, revealed that the operatives acted on credible information that suspected terrorists were sited in the village carrying weapons.

The Police on arrival, engaged the terrorists in a fierce gun duel, the superior firepower of the police forced the terrorists to take to their heels as several of them sustained bullet wounds.

The Operation led to the recovery of an AK 47 rifle loaded with ten rounds of live ammunition as well as one hundred and eighty rounds of live General-Purpose Machine Gun (GPMG) ammunitions.

The Kaduna Police commissioner, Mudashiru Abdullahi has directed that efforts be intensified to locate the injured terrorists for arrest and prosecution.

No need for saber rattling over assent to electoral bill – Presidency