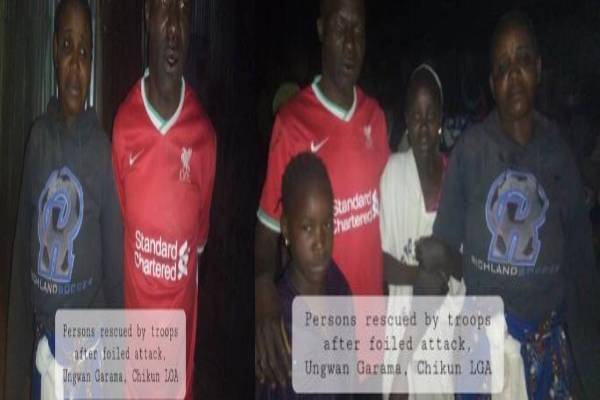 Persons Rescued by Troops in Kaduna

Military troops in Kaduna State have foiled an attack by armed bandits in Chikun Local government Area of the State.

In the process, the troops also rescued seven kidnap victims.

The incident was confirmed by Samuel Aruwan, the State Commissioner for Internal Security and Home Affairs.

He explained that the troops mobilized and responded swiftly to a distress call from a village in the Maraban Rido general area of Chikun local Council.

On arrival, they engaged and overpowered the terrorists who were forced to flee their superior firepower.

Seven kidnapped persons where rescued and have now been reunited with their families.

Governor Nasir El-rufai, commended the troops for the swift response and charged them to intensify military operations to wipe out the terrorists.