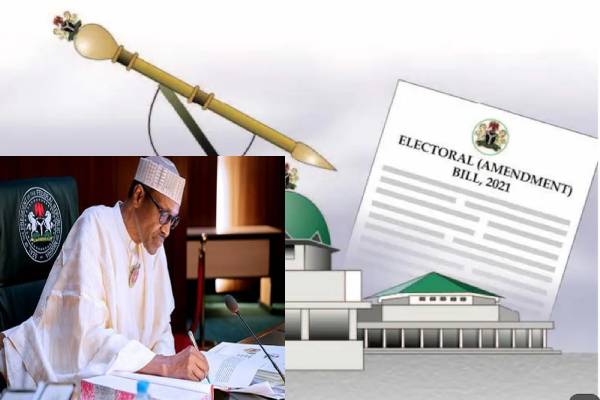 The presidency has said that some interest groups are cashing in on what they consider a delay in the signing of the Electoral Bill into law by the President to foment civil disorder and muddy the waters.

In a statement issued on Monday by Presidential Spokesman, Femi Adesina, the Presidency added that one can just pity the ignorance of Constitutional requirements, as the President has a window of 30 days within which to sign the Bill, or decline assent, after it had been transmitted to him by the National Assembly.

“It is on record that the amended Bill was sent to the Presidency on January 31, 2022, which means that the Executive could do due diligence on it till March 1, as prescribed by the Constitution.

“A proposed legislation that has to do with the electoral fortunes of the country needs to be thoroughly scrutinized, and be made as near-perfect as possible.

“Those playing cheap politics with it are, therefore, encouraged to hold their peace, knowing that the right thing will be done within the lawful time,” Adesina said in the statement.