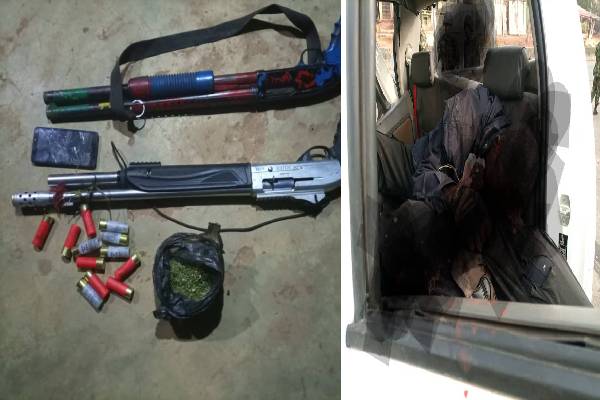 A notorious leader of Indigenous Peoples of Biafra Eastern Security Network, (IPOB/ESN) and three other men have been shot dead by troops of the Nigerian Army.

He said the troops confronted Ejike and and his three colleagues following distress call that Ejike and his men were enforcing a sit-at-home order and firing sporadically in and around a filling station in Ihiala town.

He added that the troops recovered one motorcycle, two pump action double barrel guns, 12 live cartridges and substances suspected to be cannabis amongst others from the alleged IPOB/ESN members.

Also, the Army spokesman confirmed the death of a soldier and an officer in an accident involving an Army combat vehicle.