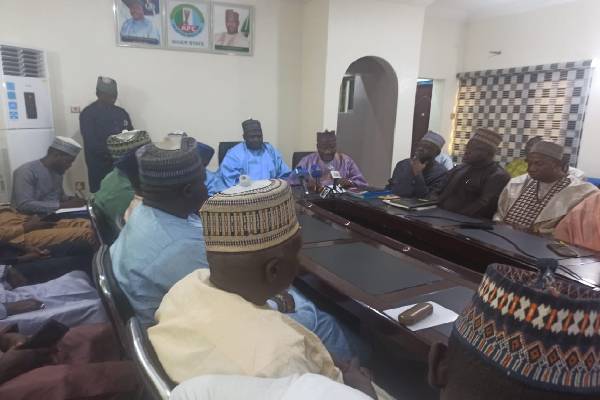 The Niger State Leadership of the APC

The Niger state chapter of the All Progressives Congress says it will use consensus to choose a candidate to represent the state at the upcoming national chairmanship election.

State Chairman of the party Haliru Jikantoro disclosed this while receiving reports of the reconciliation committee at the state party secretariat in Minna.

Members of the All progressives Congress in Niger state are now burying the hatchet with a resolve to work together and ensure victory for the party ahead of the 2023 general elections.

Crisis ensued in the party following the local government congresses held last year. This led to the formation of factions running a parallel state Congress. 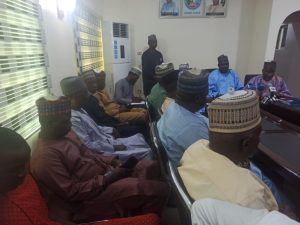 On the 16th of December the the newly elected chairman of the party Haliru Jikantoro set up a reconciliation committee to address the grievances of aggrieved members and recommend a way forward for the party.

Barely a week after the state APC chairmen were in inaugurated at the national office in Abuja, the reconciliation committee led by Bawa Bwari are in the Niger state office of the party to present the report of the committee to the state working committee.

Chairman of the committee noted that one of the successes it recorded during the reconciliation exercise was to broker peace with the former party chairman Engineer Jibrin Iman the party and some of the cases between them and the party are been withdrawn from court.

He also highlighted some of the root causes of the problems to be connivance with the party national headquarters to change Congress results and high-handedness of party and council officials.

State chairman of the party Haliru Jikantoro said although these problems were triggered while he was still in government before vying for the chairmanship position but he is much grateful that they are resolved now. There is Yet another problem up ahead with three aspirants contesting for the position of national chairman of the party from the state. He said they will turn to a consensus agreement in other to put forward a united front.