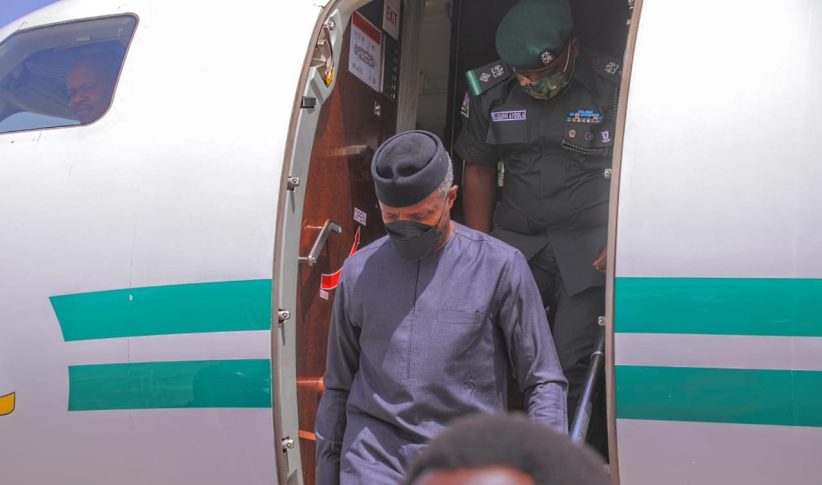 He was received by the state Governor Babagana Zulum, Senators Representing Borno North and Central alongside other government officials at the Airforce Base Maiduguri. 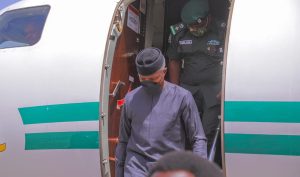 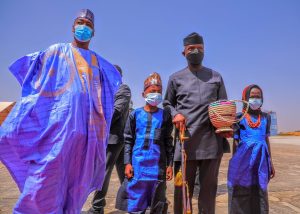 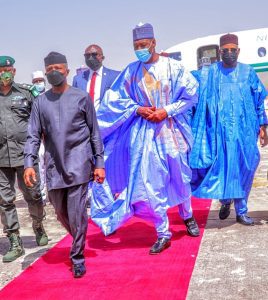 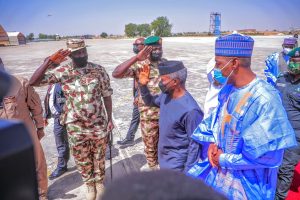 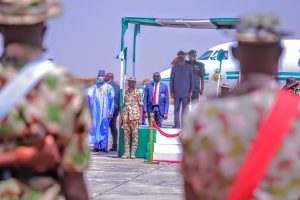 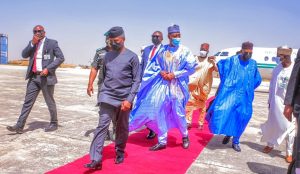 The Vice President is expected to launch Bono State’s edition of the Federal Government’s Micro, Small and Medium Enterprises (MSME)clinic.

He is also expected to commission a Shopping complex for MSMEs, quarters for medical doctors; a Mega-size School and a
road network constructed under the Zulum Administration.

Professor Osinbaio will once again visit the Northeast Children Learning Centre which is a donor-funded primary and secondary school privately initiated by the Vice President in March 2017.