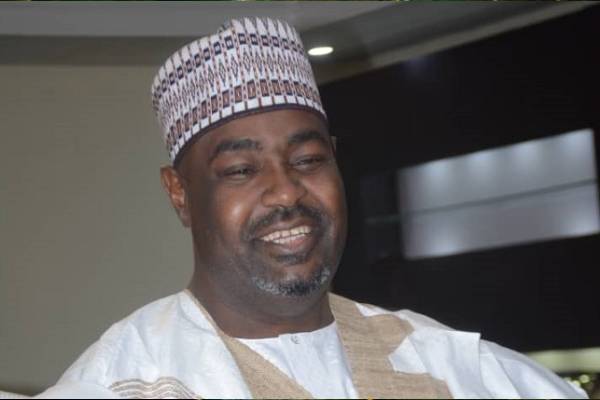 President Muhammadu Buhari has sent a high-powered team of four ministers to Sokoto state to express his condolences to the government and people of the state following the death of Magajin Garin (Mayor of) Sokoto, Alhaji Hassan Danbaba.

The former Chairman/CEO of FSB International Bank PLC, Alhaji Mohammed Hayatu-Deen, and the publisher of THISDAY newspaper and the owner of ARISE Television, Mr Nduka Obaigbena, an acquaintance of the departed Magajin Gari, were also present during the Governor and Emir’s visit.

Danbaba, a grandson of the late Sardauna of Sokoto died on Saturday after a brief illness in Kaduna and was buried the same day in the Sokoto Hubbare tomb reserved for the descendants of Sheikh Usmanu Danfodio (1754-1817).

During the condolence visit which took the visitors to the Government Lodge of Governor Aminu Waziri Tambuwal; and, the palace of the Sultan, Malami, who led the Aso Rock team, said: “this delegation is that of the Federal Government which the President directed to come and condole you and the people of Sokoto over the demise of one of your councillors and an illustrious son of the state, the Mayor of Sokoto.”

“President Buhari mourns the passage of the mayor and is with you in spirit as you pray for the repose of his soul,” Malami added as the other ministers in the entourage took turns to pray for late Magajin Gari.

Governor Ganduje described the passage of the late Sokoto kingmaker as a “great loss,” not only to the people of Sokoto but also those of Kano.”

Praying for the repose of the soul of the deceased, the Commander of Kano state Hisbah Corps, Sheikh Haruna Ibn Sina, extended condolence on behalf of the government of the state to the Sultan.

Quoting a Hadith of Prophet Muhammad (Peace be upon him), Ibn Sina said: “What Allah has taken is His and what he has given is equally His. You should all exercise patience with whatever trial befalls you.”

The visitors later extended condolences to the family of the late Mayor at his family house in Gangaren Dankure area of Sokoto metropolis.