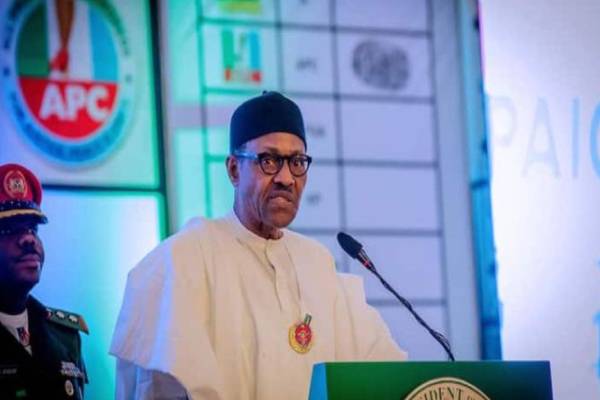 President Muhammadu Buhari promised on Wednesday in Abuja that Nigerians in the North East will see a shift from the protracted insurgency to peace and prosperity in their villages in the coming months.

The President spoke at the inauguration of the Presidential Committee on the Repatriation, Return and Resettlement of Internally Displaced Persons (IDPs) in the North-East of Nigeria, which preceded the weekly Federal Executive Council (FEC) meeting.

He stated that his administration is taking a new approach to resolving the region’s 13-year conflict and insurgency, and that he will not relent in his attempts to restore peace and normalcy.

“At the advent of this administration in 2015, I pledged to Nigerians that I will restore peace in the North East and return it to the path of development and growth. I remain committed to this promise.

“I pledge to you that in the coming months you will begin to witness a shift away from a protracted insurgency to peace building, stabilization, and ultimately development in your respective communities as we embark on a revised approach to addressing this conflict- A Return to Normalcy,” he said.

The President stressed that the Committee’s terms of reference imply a transition from managing the situation to implementing a long-term solution for effective and practical rehabilitation.

He stated that by the end of March 2022, the Committee, among other things, is expected to prepare a concise three-year action plan that includes national and state-level objectives, offering a clear route for the restoration of peace and development in the North East.

The Committee, he said, will also develop and implement a phased plan for the repatriation, returns, resettlement of IDPs and restoration of livelihoods, incorporating global best practices that give dignity to the affected populations.

According to the President, they will also be responsible for the development and implementation of a coordinated peace building and reconciliation programme that is culturally appropriate and community driven.

The Committee is also saddled with the responsibility of strengthening collaboration with key donors, development partners and private sector organisations that are critical to the mobilisation of resources and implementation of programmes.

President Buhari charged the Committee members to adopt the guiding principles of accountability, delineation of duty and community-driven methods to address issues.

“Members will dedicate more time to the conduct of field visits to regularly engage with state government, communities and key stakeholders.

“Due to prevailing fiscal constraints, Ministries, Departments and Agencies will utilise existing budgetary resources and repurpose funds to programmes approved under this initiative,” he said.

President Buhari directed the committee to submit monthly progress report whilst the first progress review meeting will be held in the first week of March 2022.

Underscoring the enormous task ahead of the Committee, the President said:

“History beckons and Nigeria calls on you to be the team that finally charts this new path to the restoration of sustainable progress in the North East and I strongly believe this could lead to the birthing of a template for addressing insurgency and instability in other parts of our country and across the world.

“Failure to deliver on this task you have been assigned is not an option.”

The President also used the occasion to commend Governor Babagana Zulum of Borno State, who was present at the inauguration with his Gombe counterpart, Inuwa Yahaya, for his unparalleled commitment to his people and exemplary leadership.

The members of the Presidential Committee on the Repatriation, Return and Resettlement of Internally Displaced Persons (IDPs) in the North-East are: