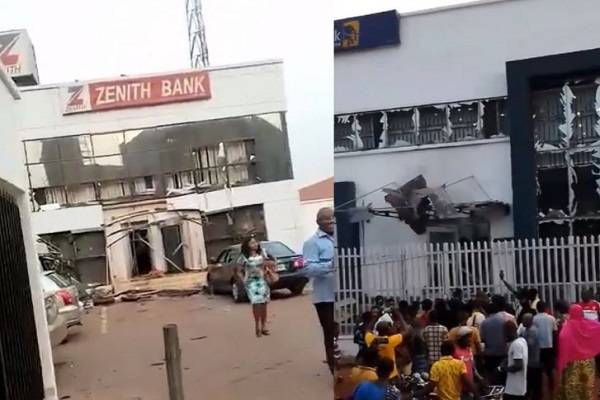 A gang of armed robbers have attacked a number of commercial banks in Uromi, a border community between Edo  and Delta states.

TVC News reliably gathered that the banks were simultaneously robbed for several hours leaving a yet to be confirmed number of people dead.

In one of the video clips obtained by TVC News, a police woman is said to be among the  people killed in the Thursday robbery incident.

Security beefed up as judgment delivered on Evans, others