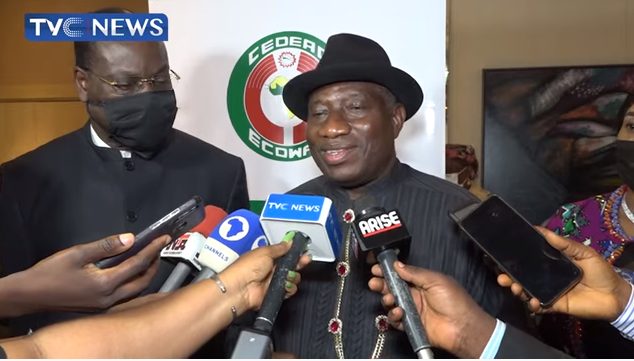 2023 elections will be credible despite fear of likely violence - Jonathan

Former President Goodluck Jonathan says the 2023 general election will be credible and violence-free despite fears of likely unrest in some places.

Dr Jonathan made this known at an even in Lagos on Monday.

According to him, it is normal that periods leading to election year are always characterised by tension, but he remains optimistic that the period will come and go and the elections will be peaceful.