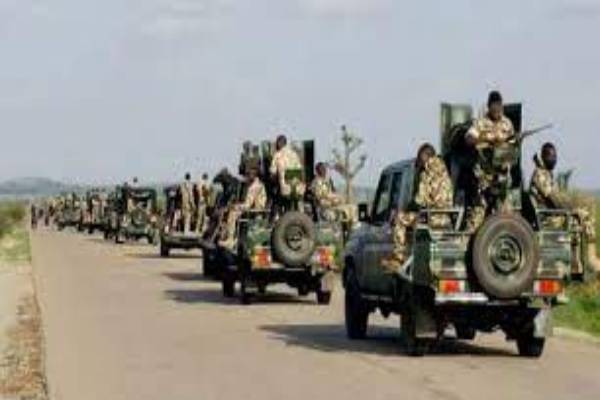 The Defence Headquarters (DHQ) announced on Thursday that its troops killed 49 terrorists and bandits in theaters of operations while 863 terrorists surrendered in the last two weeks.

Director of Defence Media Activities, Maj.-Gen. Bernard Onyeuko, revealed this during a briefing on military operations in Abuja on Thursday.

He added that four gun trucks were captured from the terrorists while 16 abducted civilians were rescued within the period.

He stated that they surrendered at several areas throughout Borno, including Banki, Bama, Dikwa, Gwoza, and Gamboru.

“The surrendered terrorists have been properly profiled and handed over to appropriate authorities for necessary actions.

“This resulted in the killing of scores of the terrorist, while several others escaped with various degrees of injuries.

“This feat was achieve on Jan. 14, when on the heels of credible intelligence, a force package of NAF platforms were dispatched to attack the identified location which the terrorists used as venue for biweekly meetings.

“Consequently, the NAF platforms took out the terrorists in successful turns of airstrikes”, he said.

On Operation Hadarin Daji, Onyeuko said the troops eliminated 12 bandits and arrested 15 including their collaborators within the period.

He added that 16 assorted arms and 136 rounds of different calibres of ammunition as well as 114 rustled livestock were recovered.

According to him, troops recovered three extra magazines of AK-47 rifle and four motorcycles from bandits, while three kidnapped victims were rescued in the course of the operations.

He added that they recovered five arms and 69 different calibers of ammunition among other items of security concern in the course of their operations.

The defence operation spokesperson further said that troops of Operation Whirl Stroke apprehended five criminals and held peace and security meetings with community and youth leaders and other critical stakeholders.

According to him, this is non-kinetic means of tackling insecurity.