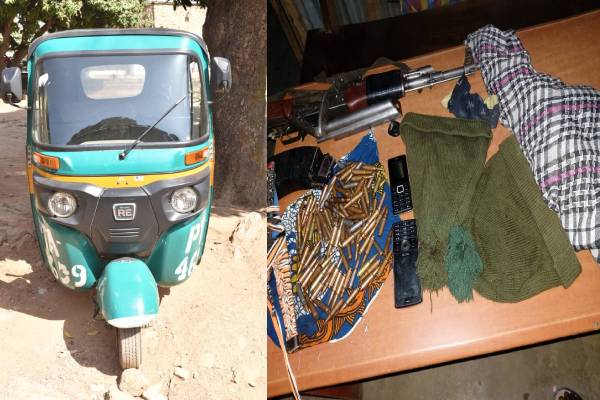 In further efforts to rid Plateau State from the activities of Criminals, the troops of Operation Safe Haven, acting on credible intelligence have busted and captured a notorious Gang of suspected kidnappers, operating on the plateau.

The syndicate had been on the watchlist of Operation Safe Haven and was believed to have have participated in the November 28 Jos prison jail break, as well as masterminded some recent kidnappings in the State.

The criminals met their waterloo when troops of Operation Safe Haven tracked them to Gyero community of Jos South Council area.

The suspected kidnappers on sighting operatives of the special taskforce, opened fire at them which prompted them to respond with superior fire power resulting in the neutralisation of 3 members of the syndicate group.

Items recovered from them include, one AK-47 Rifle, 2 AK-47 rifle magazines, 101 live rounds of 7. 62mm ammunition, a tricycle, knives and a military head warmers.

The Commander operation Safe Haven in Plateau, Major General Ibrahim Ali is appealing on residents with useful information on criminal activities to report such to the security operatives.