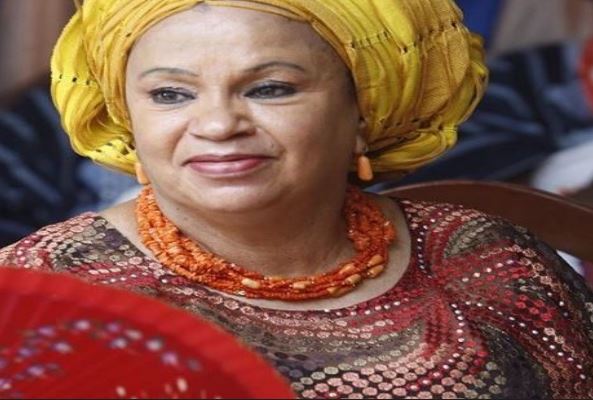 The governor of Lagos State, Babajide Sanwo-Olu, and Asiwaju Bola Tinubu, the national leader of the All Progressives Congress, APC, have expressed their sadness over the death of Princess Adenrele Adeniran-Ogunsanya, former Secretary to the Lagos State Government and first daughter of the late Chief Adeniran Ogunsanya.

The Governor, who praised the late politician and entrepreneur for her significant contributions to Lagos politics, particularly in the Ikorodu division, expressed his condolences to the leaders and people of Ikorodu on the passing of their great daughter.

Asiwaju stated that Princess Adeniran Ogunsanya’s death was a big loss to the people of Ikorodu in particular, as well as the entire state.

“I received the news of the passing of former Secretary to the Lagos State Government, Princess Adenrele Adeniran-Ogunsanya, with deep sadness.

“Her death at this time is particularly tragic because only about a week ago when I glimpsed her, she looked strong and full of life. Princess Adenrele was the first daughter of late elder statesman and prominent politician, Chief Adeniran Ogunsanya, from Ikorodu. She bore the family name with grace and charm.

“Princess Ogunsanya made considerable contributions to the growth and development of Lagos. As Secretary to the State Government in the first term of Mr. Babatunde Raji Fashola SAN, she discharged herself well. She left no one in doubt about her commitment to an efficient, functional and progressive Lagos.

“The people of Lagos State, particularly the Ikorodu community have lost a worthy daughter. I know she would never be forgotten in a hurry.

“My condolences to the Adeniran Ogunsanya family, Governor Babajide Sanwo-olu, the people of Ikorodu and Lagos State. I pray that her soul find eternal rest. Amen.” Tinubu, said in a condolence statement issued by his media office and signed by Mr. Tunde Rahman.

Both prayed for Princess Adenrele’s soul to rest in peace and for God to grant her immediate family, friends, political partners, and the people of Ikorodu the strength to absorb the unimaginable loss.

President Buhari To Visit Zamfara, to meet With Victims of Banditry, Others