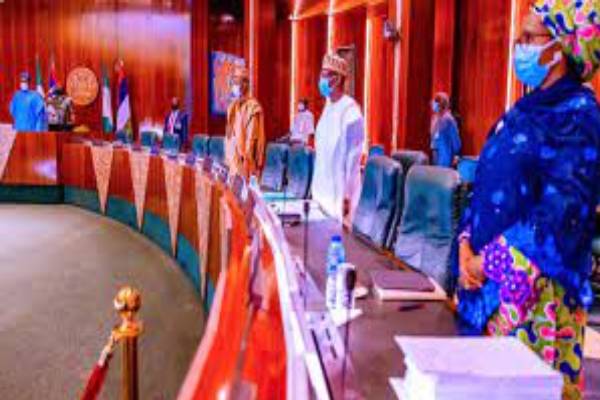 The Nigerian National Petroleum Corporation (NNPC)  has presented a bill of N3 trillion to the Federal Executive Council (FEC) Following the decision to extend the payment of petroleum subsidies,

The FEC, presided over by President Muhammadu Buhari on Wednesday at the national villa in Abuja, examined the request to create additional finance provisions in the 2022 budget to enable the government to fulfill incremental fuel subsidy payments.

Mrs Zainab Ahmed, the Minister of Finance, Budget, and National Planning, said this during the post-FEC briefing, recalling that only N443 billion is currently available in the 2022 budget to cover subsidies from January to June.

According to her, the NNPC requested N3 trillion from the Ministry of Finance for 2022, based on the realities on the ground, including the current hardship suffered by Nigerians and the lack of mechanisms to support subsidy reduction.

Mrs Ahmed explained: “We also presented to Council today a request for Council’s consideration to make additional funding provisions to enable us to meet incremental fuel subsidy request in the 2022 Budget. You’ll recall that in the 2022 Budget, as appropriated, we have made a provision of N443 billion for a subsidy for January to June.

“Having taken into account the current realities; increased hardship in the population, heightened inflation, and also that the measures that needed to be taken to enable a smoother exit from the fuel subsidy are not yet in place, it was agreed by Council that it is desirable to exit fuel subsidy.

“The Nigerian National Petroleum Company (NNPC) has presented to the ministry a request for N3 trillion as fuel subsidy for 2022. What this means is that we have to make an incremental provision of N2.557 trillion to be able to meet the subsidy requirement, which is averaging about N270 billion per month.

“In 2021, the actual under-recovery that has been charged to the Federation was N1.2 trillion, which means an average of N100 billion, but in 2022, because of the increased crude oil price per barrel in the global market, now at $80 per barrel, and also because an NNPC’s assessment is that the country is consuming 65.7 million litres per day, now we’ll end up with the incremental cost of N3 trillion in 2022”.

According to her, Council considered the request and directed the ministry to approach the National Assembly for a fiscal framework and budget amendment.

She also revealed that the council has approved an amendment to be transmitted to the National Assembly to repeal clauses 10 and 11 concerning the Economic and Financial Crimes Commission (EFCC) and the Nigerian Financial Intelligence Unit (NFIU) operations in the 2022 budget and as well restore what the lawmakers had deleted amounting to N103 billion.

According to her, the amendment stemmed from President Buhari’s complaint about the tinkering done to the budget by the legislature, which may hamper the original plans of the Executive.

The minister further explained: “The second memo we presented to Council today has to do with a request for approval of the 2022 Appropriation Amendment. If you recall, when the President signed the 2022 Appropriation into law on the 31st of December, he had raised some concerns that he had in some of the provisions in the budget and had indicated that he will be submitting an amendment proposal to the National Assembly for them to effect improvements in what has been done to the budget.

“So, today Council took that amendment proposal and I just want to report that part of the requests that Council has approved today is for the National Assembly to repeal clauses 10 and 11. Clause 10 is referring to a provision that has been made that will enable the EFCC and NFIU be able to take 10% of whatever collections that they recover.

“We’re asking for that to be repealed because this is in direct contrast to the Acts of these two agencies and also it is in contravention of the Fiscal Responsibility Act and the Finance Act 2021.

“Clause 11, on the other hand, is a provision that has been made that says that the Nigeria embassies and missions are now authorized by this Appropriation Act to expend funds allocated to them under Capital Components without the need to seek approval of the Federal Ministry of Foreign Affairs.

On the changes made in the 2022 budget, which FEC now wants reversed, Mrs Ahmed stated: “Council also approved that some of the changes that were made in the Appropriation Act, totalling N103 billion, should be restored and examples of these are N22 billion that was provided for sinking fund to mature bonds that will be ready for payment in 2022 in the Nigerian domestic market, and also N12 billion for counterpart funding that is required for the various rail projects and N189 million to be adjusted also in the budgets of the Ministry of Transport, Secretary to the Government of the Federation and the Head of Service

These are projects that are provided in these ministries that are completely unrelated to their mandate. So, implementation will be a problem.

She said the purpose of the customs law in the respective territories to be properly observed to prevent smuggling and also enhance investigation and combat customs offences.

She explained that the agreement will afford either country mutual assistance in cases concerning the delivery of documents regarding the application of customs laws in two countries.

Cooperation between Nigeria and South Africa is crucial for us, and it has grown even more so with the Africa Continental Free Trade Agreement. It will also aid in the expansion of trade links between the two countries, as well as the facilitation of information sharing and the strengthening of our binational collaboration,” she added.

President Buhari cancels visit to Zamfara due to bad weather