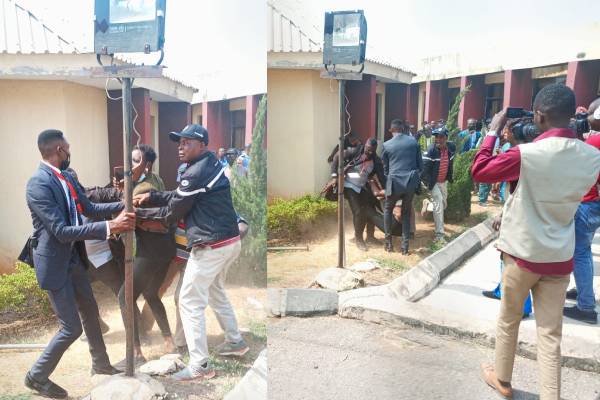 Earlier there was a misunderstanding between a Female delegate from Ido Osi LGA and the Team from the National Headquarters which degenerated into a free-for-all with security Details attached to the Governor of Akwa Ibom State involved in the ensuing milieu.

Calm is however restored as the delegate was bundled out of the Premises.