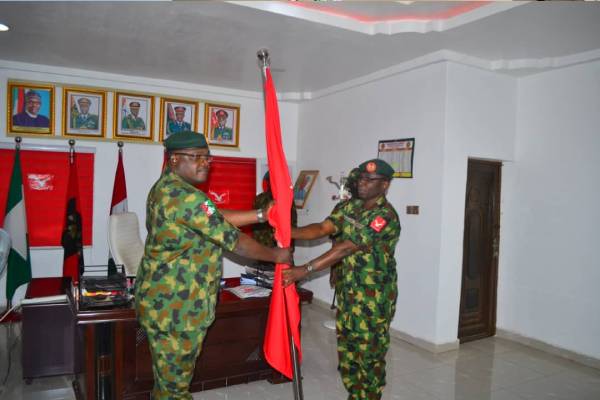 He took over from Brigadier General Isiaka Olatunji who has been redeployed to 1 Division Nigerian Army, Kaduna

In his maiden remark the Commander 1 Brigade, Brig. Gen. Baushe commended his predecessor Olatunji for his remarkable achievements and purposeful leadership in restoring peace and stability in his Operational Area of Responsibility. 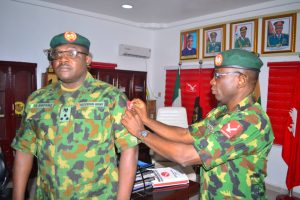 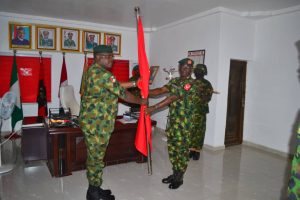 He promised to sustain and build upon General Olatunji’s legacies, While charging commanders and troops of His Area of responsibility to brace-up for the enormous task ahead and not to relent on their oars but to be battle ready to eliminate the security threats bedeviling the zone

Earlier, the immediate past Commander of 1 Brigade Gen. Olatunji, in his farewell speech applauded Officers and soldiers for their contribution to the success of his tenure as the Commander

Olatunji enjoin them to accord more support and dedication to his successor as he hands over the leadership baton to an experienced season infantry senior officer who will take the affairs of the Brigade to enviable position.

The outgoing commander further thanked the Chief of Army Staff for the confidence reposed on him and his leadership qualities.

We will meet to respond to suspension of Subsidy Removal – NLC President, Wabba