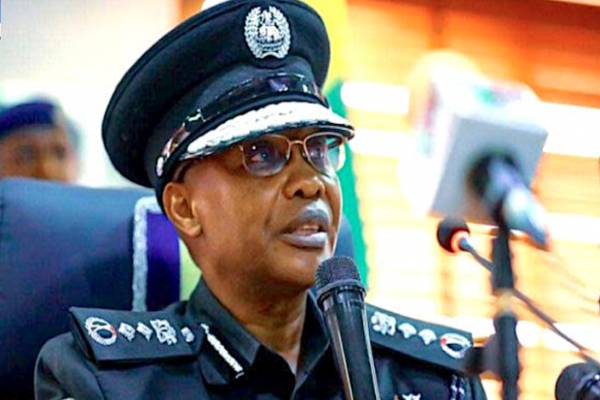 The Inspector General of Police, IGP Usman Alkali Baba, has ordered Commissioners of Police in the thirty-six (36) States of the Federation and the Federal Capital Territory (FCT), their supervisory Assistant Inspectors General of Police, and other Heads of Police Formations, to strengthen their leadership capacity and operational strategies in dealing with crimes associated with the end of the year in their Areas of Responsibilities (AoRs).

The IGP gave the charge to the Strategic Police Managers, today, 13th December, 2021 during the December edition of his monthly meeting with Senior Police Officers from the rank of CP and above at the Force Headquarters, Abuja.

The IGP noted that the engagement is targeted at evaluating policing activities and performance in the year 2021, identifying potential security challenges and threats in the coming year, and outlining operational strategies that could be taken to mitigate the threats. He equally charged the Senior Police Officers to brace up to the anticipated internal security challenges in the coming year 2022, observing that being the year preceding the general elections, there is a high possibility that the charged political activities could set the stage for increased criminal activities especially politically and economically related crimes.

The IGP commended Police personnel across the country for their resilience, courage and loyalty to the Force and the country. He observed that the new spirit of professionalism and patriotism no doubt impacted positively on efforts at stabilizing internal security order, improving public safety, law and order, combatting crimes and criminality, arresting criminal elements and carrying out specialized national assignments as seen in the just concluded Anambra State Gubernatorial Elections. He charged them to imbibe the virtues of professionalism, respect for rule of law as well as the rights of the citizens and warned against excessive and unjustifiable use of force on the citizenry.

Meanwhile, the IGP has ordered the immediate deployment of personnel of the Force Provost Unit, X-Squad and the Monitoring Unit to ensure that Police personnel deployed for security operations during the Yuletide season, particularly on major highways, carry out their duties in the most professional manner. The operatives from these specialized units are expected to provide immediate supervision and oversight on police personnel deployed to the highways, and bring to book those found operating in manners inconsistent with the rules of engagement of the NPF.

The IGP reassured the citizens and the nation at large of the unwavering determination of the Force to ensure a peaceful Christmas and New Year festivities. He called for improved understanding, partnership and working relationship between the Police and the citizens especially in the area of volunteering information to aid police capacity in securing the public space in the most pro-active manner during the yuletide season and in the coming year.

President Bazoum calls for ban on Importation of Motorcycles into Nigeria