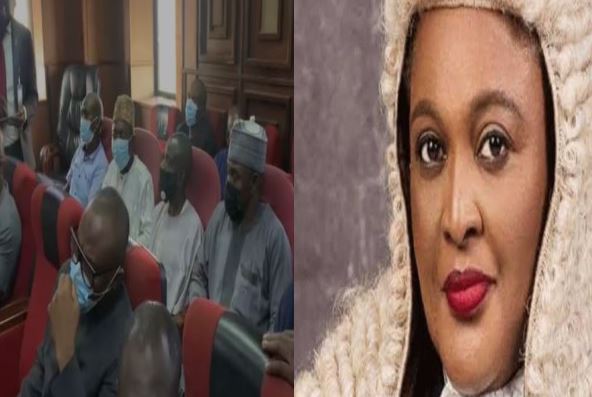 An order by Chief Magistrate Emmanuel Iyanna, was said to have approved the search warrant by a body identified as the Joint Panel Recovery unit in the Ministry of Justice.

The magistrate later revoked the order, saying he was misled while the Police and other security agencies also said they were not aware of the raid.

The suspects are being prosecuted on 18 counts of felony, forgery and alteration of documents

Undemocratic Takeover of Govt is a Great Challenge To ECONEC – Yakubu