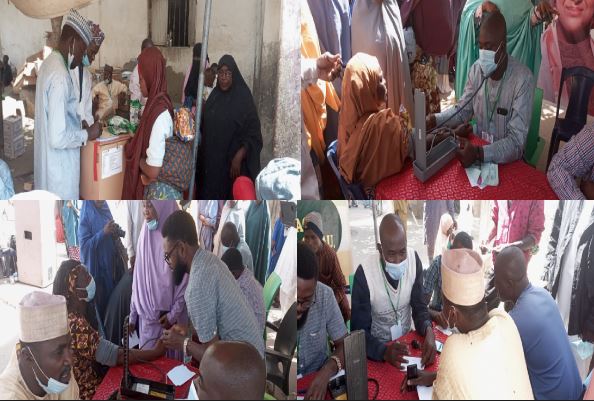 Zawiyya Community is one of the highly populated Communities in Gusau, the Capital City of Zamfara State

Association of Resident Doctors FMC Gusau branch says, the choice of the Community is base on the population of the area and the health need of the people

Experts also said is one of the Communities suffering from communicable diseases such as the Covid – 19 Virus, Diareaha among others

The beneficiaries are Mostly Pregnant women, Nursing Mother’s and Children under the age of five

On her part, the wife of the Zamfara State Governor Aisha Bello Matawalle represented by Fatima Musa reiterates her committed to ensuring Residents of the state especially Women and Children enjoy free medical services at all times

Some of the Beneficiaries of the free medical checkup Rahamatullah Mansur and Na’ama’u Labaran thanked the organisers for bringing free Healthcare Services to their door steps.

They promised not to take the opportunity. Drugs, Mosquitoes nets among other things were given to the beneficiaries

Aside the free medical treatment, The Association of Resident Doctors spoke to the people on how to take care of their bodies without too much intake of drugs.