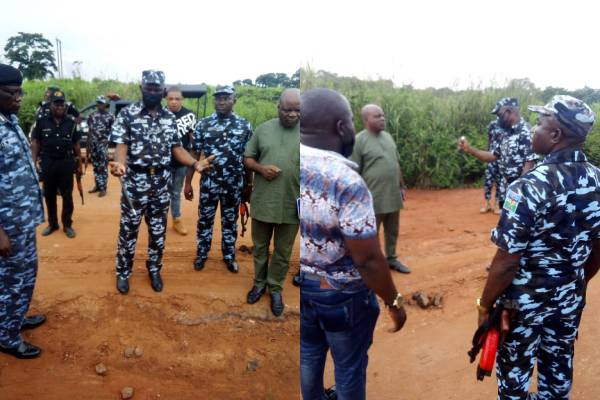 Policemen at the scene of Crime

Confirming the incident, the state’s police spokesperson, Ikenga Tochukwu disclosed that the deceased was murdered on Friday morning with his driver.

He said, the state commissioner of Police TONY OLOFU who led a team of policemen to the crime scene,, ordered for immidiate investigation to the incident.

Alex Edozienuno was allegedly killed by yet to be identified assailants along Ikem Ivife village by Ezu bridge, Otuocha, in Anambra East local government area of the state