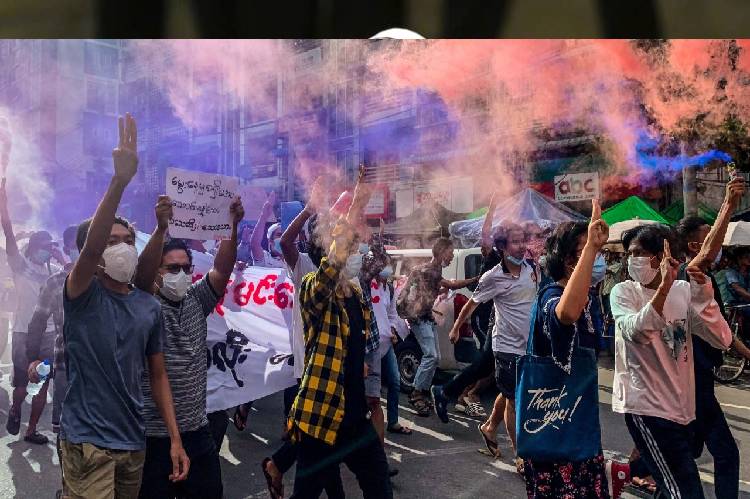 Over 20 killed in Myanmar clashes between army, anti-junta fighters

Over twenty anti-junta fighters and civilians were killed in clashes with the military in central Myanmar on Sunday, according to villagers, as locals increasingly take up arms against the regime in the coup-torn country.

According to a local monitoring group, Myanmar has been in chaos since a February coup deposed Aung San Suu Kyi’s government, with 890 people dead in junta crackdowns on dissidents.

Multiple confrontations between defense forces and the military have occurred in the central Sagaing region, and combat erupted in Depayin township on Friday.

Residents said military trucks invaded their region and started fire on a village near the jungle, in an attempt to ferret out members of the local defense group.

Villagers waited until Saturday to leave their homes to examine the casualties, according to a member of the local defense force who assisted in the body collection.

In another attack in a different part of Sagaing one member of the security forces was killed and authorities were “working to stabilise the area”, the paper added.