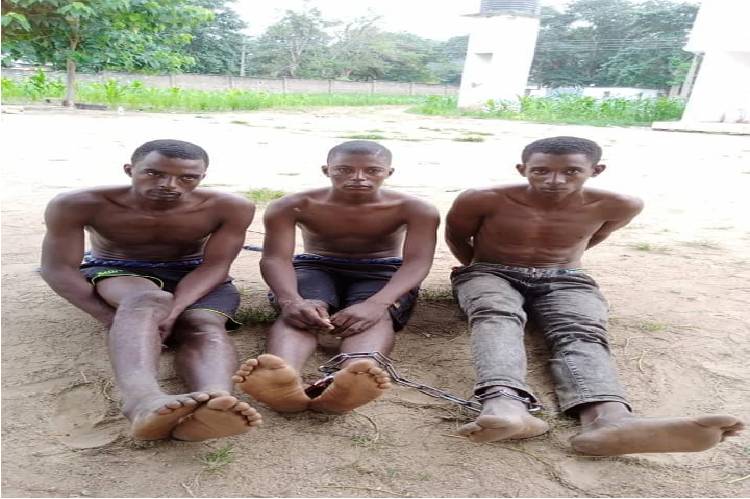 Hunters from the Okehi Local Government Area in Kogi State on Monday apprehended two suspected kidnappers who have been terrorizing the area.

The Chairman,  Abdulraheem Ohiare Ozovehe, who led the operation to the kidnapper’s hideout in Arima, Ijumu LGA said two (2) guns in possession of Murne Beji, a locally made medium barreled Revolver using AK 47 bullets and a locally made long-barreled gun were recovered.

He also stated that the two other members of the kidnapping gang who were previously on the run, Kadi Abdullahi and Rabiu Muhammadu (Rabe), were apprehended and a locally made pistol was recovered from them.

Mr. Ozovehe said the suspects were currently in jail,, and assisting the security agencies with vital information that would aid security officers in the arrest of others.

Muhammed Onogwu, the State Governor’s Chief Press Secretary, said the state’s security architecture has stood the test of time and has recorded wins against a variety of complications perpetrated by criminal groups.

He attributed the positive outcomes to the Governor’s sustained morale boost and support, as well as citizen collaboration and security operative synergy, and praised the state’s security services for their efforts in maintaining calm.

Onogwu stated that the Kogi State Government’s ongoing efforts to maintain the state’s status as the safest in the country were yielding positive results, noting that the Governor has repeatedly stated his commitment to securing citizens’ lives and property and making the state a no-go zone for criminal elements.

He reiterated that the government would continue to make efforts to sustain the drive for a peaceful Kogi state by making every nook and cranny of the state unsafe for criminal elements and their sponsors.