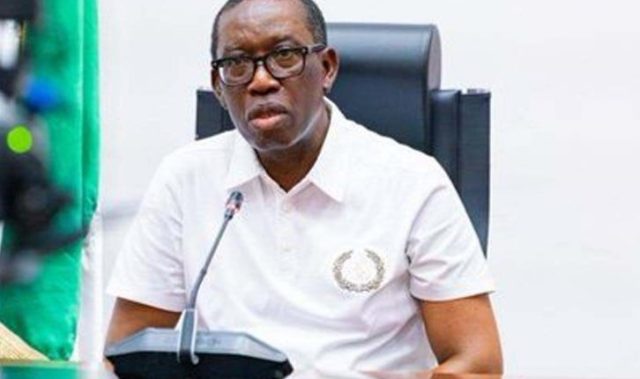 Governor of Delta state Ifeanyi Okowa, has felicitated with Muslims in the country as they celebrate 2021 Eid-el-Kabir.

He urged the Islamic faithful to emulate the Holy Prophet Mohammed by imbibing the ideals of sacrifice exemplified by him.

The governor made the call in his Sallah message to the Muslims contained in a statement by his Chief Press Secretary, Mr. Olisa Ifeajika

He reminded the Islamic faithful that Eid-el-Kabir was a season of love, peace and sacrifice and called for concerted efforts among citizens for the nation to surmount challenges currently bogging it down.

Governor Okowa said that Nigerians must embrace peaceful co-existence and turn to God to heal the land of multi-faceted its afflicting it.

He assured of a peaceful celebration in the state, but cautioned against lowering of guard, especially as the third wave of the COVID-19 pandemic is hitting the world again.

According to him, the state government is liaising with security agencies to ensure that all citizens celebrated the Sallah in peace and harmony, while remaining law-abiding and return to compliance with COVID-19 protocols as a third wave is already threatening the world.

The governor congratulated the Muslim community in the state on the holy occasion and assured that his administration would continue to partner them to build a Stronger Delta.