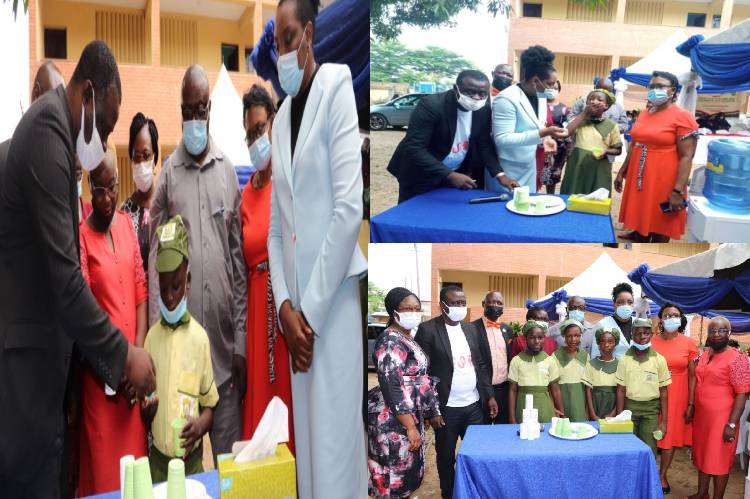 The Lagos State Government, in collaboration with the Ministry of Health and a non-governmental organization, Evidence Action, began mass deworming for the treatment and prevention of soil-transmitted helminths (STH) in 10 Local Government Areas of the State on Tuesday.

The Commissioner for Health, Prof. Akin Abayomi, explained that Soil-Transmitted Helminths (STH), which is prevalent in school-age children, is a significant infectious public health burden in Nigeria that results from poor sanitation and hygiene conditions during the official flag-off of the exercise held at St. Peters Anglican Primary School, Alausa. 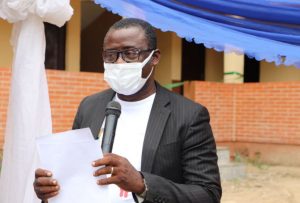 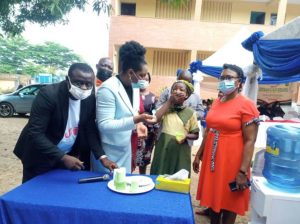 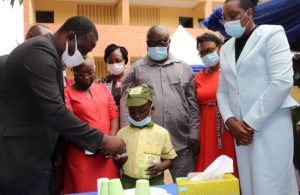 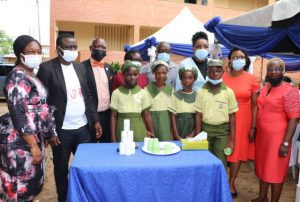 According to him, STH is a worm infection that prevents nutrients from being absorbed, resulting in anemia, malnutrition, and impaired emotional, physical, and cognitive growth, all of which are significant threats to children’s health, education, and productivity.

He said, “Previously, there have been small-scale deworming activities in the State against STH and Schistosomiasis. However, with the support of the Federal Ministry of Health and our supporting partner, Evidence Action, we have set out plans to implement a Statewide deworming treatment for all enrolled and unenrolled school-age children, who are at risk, using a coordinated approach called School-Based Deworming Mass Administration of Medicines”.

The Commissioner, who was represented by the Lagos State Coordinator, Neglected Tropical Diseases, NTD, Mr. Olanrewaju Jenrola, noted that the treatment strategy is based on the prevalence of STH being determined by mapping and scientific survey as spelt out by the guidelines from Nigeria’s Federal Ministry of Health and the World Health Organisation.

“Annual mass deworming is very important for our children, as it will ensure their physical and cognitive growth, resistance to other infections and improved school performance. Moreover, mass deworming is in direct support and will positively impact Nigeria’s progression toward achieving Sustainable Development Goals as well as Government’s top health priority in reducing under-nutrition and anaemia”, Abayomi said.

While noting that a total of 1,333,165 school-age children in public, private primary and junior secondary schools in 10 endemic LGAs of Ajeromi-Ifelodun, Amuwo-Odofin, Apapa, Badagry, Epe, Ibeju-Lekki, Lagos Island, Lagos Mainland, Ojo and Shomolu are to be dewormed during the STH treatment exercise, the Commissioner stated that the exercise will end on Friday 21st May, 2021.
His words: “The School-based deworming campaign is an important evidence-based strategy to treat children at risk of parasitic worm infections. The State is proud to be able to provide treatment across the endemic LGAs, through active collaboration with other line ministries and in partnership with Evidence Action”.

“As widely known, the universal health coverage of all Lagosians is part of the key campaign proponents of the present administration. This intervention is being implemented in collaboration with the State Ministry of Health, Ministry of Education and State Universal Basic Education Board, traditional rulers, community stakeholders, LGA health coordinators and other key personnel in the aforementioned LGAs”, Abayomi said .

Earlier, in her remarks, the County Director, Evidence Action, Dr. Ima Chima stated that the school-based deworming programme is an effective and cost-effective strategy to ensure that the diseases disrupting the educational growth of children are treated.

She noted that Evidence Action, which is an international organisation, has over the years lent support to governments across the world in the implementation of evidence-based and cost-effective programmes to reduce the burden of poverty for hundreds of millions of people.

Chima stated that Evidence Action is providing technical assistance towards the successful implementation of the mass administration of deworming medicines which targets the deworming of over 1.3 million children in Lagos.

“We are an international organisation with a presence in several countries of the world and we have a track record of supporting governments across the globe to set up programmes like this. We are particularly honoured that we are able to extend this technical assistance to Lagos State in the South West; this is our third State where we have supported school-based deworming”, she said.
Amongst stakeholders present at the event were representatives of the Commissioner for Education; Chairman, State Universal Education Board; National Coordinator, Neglected Tropical Diseases, Federal Ministry of Health – Dr. Nse Akpan and Coordinator Schistosomiasis and Soil-Transmitted Helminths, Federal Ministry of Health, Dr. Obiageli Nebe.