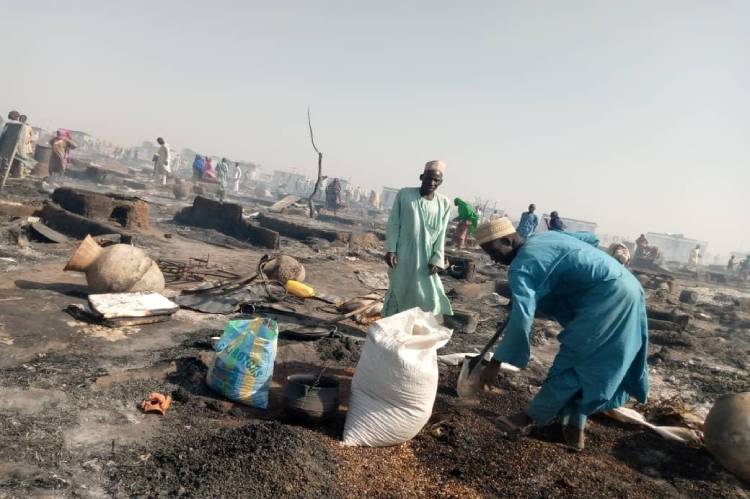 Over Six hundred houses have been completely destroyed by fire at Custom House IDP camp in the outskirts of Maiduguri metropolis.

A child lost his life while other two old women sustained injuries during the inferno. 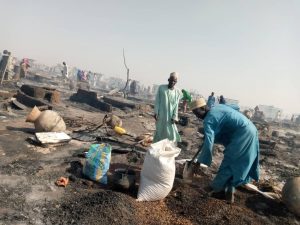 TVC News gathered that the fire outbreak which started around 8:30 in the morning consumed parts of the camp and was put out by the combined efforts of the IDPs, security agents and officials of the federal and state fire.