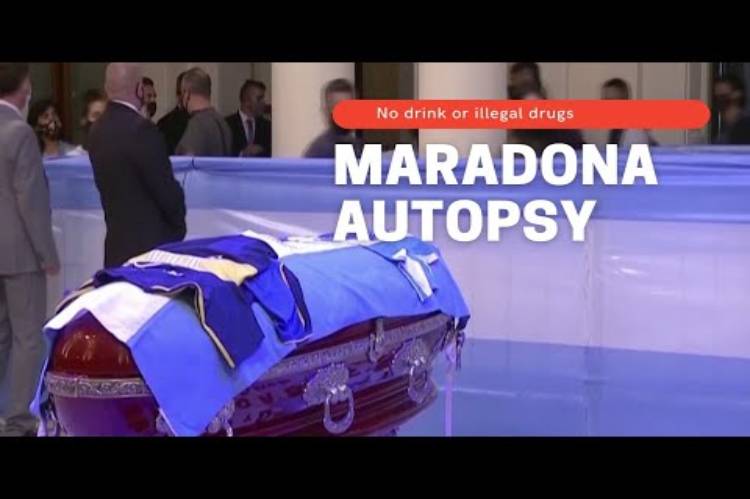 Argentina legend, Diego Maradona’s autopsy has revealed that he had no signs of alcohol or narcotics consumption at the time of his death.

Maradona, widely regarded as one of the greatest footballers of all time, had a successful operation on a brain blood clot earlier in November and had been due to be treated for alcohol dependency. According to the autopsy, Maradona had problems with his kidneys, heart and lungs.

It had been ordered as part of an investigation into Maradona’s death to see if there was any negligence in the healthcare he was provided.

A first autopsy carried out on the day Maradona died found that the former Boca Juniors and Napoli player had died from “acute pulmonary edema secondary to exacerbated chronic heart failure with dilated cardiomyopathy.”