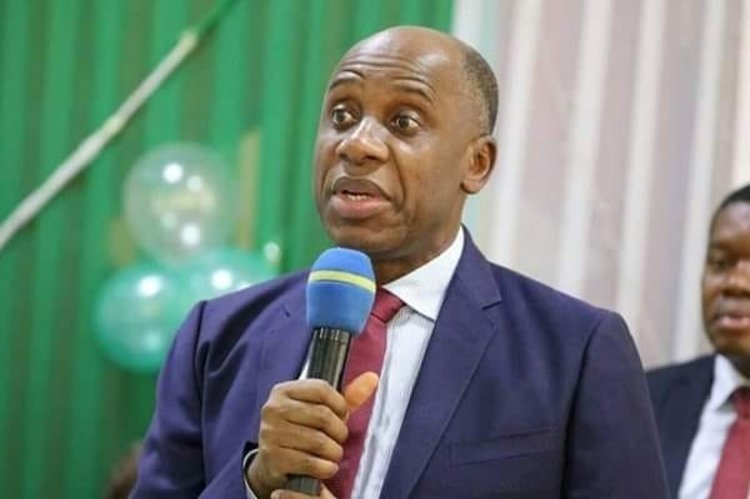 Minister of Transportation, Chibuike Rotimi Amaechi has said that construction work at the Transportation University, Daura, Katsina state would commence by September.

Amaechi made the statement Saturday, during a courtesy call on the governor of Katsina state, Mallam Aminu Massari at the Government House, Katsina.

According to him, ” Construction work will commence in September. What they are doing now is clearing, they have promised to build a primary school and a secondary school in the university. This university is a donation by the Chinese government through CCECC. The Teachnigue, Engineering, and Marketing (TEAM) has also accepted to do the consultancy job”, he said.

Amaechi, had earlier, shortly after inspecting the project site, also paid a courtesy call on the Emir of Daura, Alhaji Umar Farooq Umar. He said the university was not part of the railway contract but was donated to the FG by the Chinses government free of charge.

Hear him, ” We are here on the assignment of ministry of transportation. The President wanted to know the status of the university that he performed it’s groundbreaking, so, we decided to come today with CCECC and TEAM. I also want to thank you for even providing land to construct the university.

” Having done that, let me also thank the CCECC for accepting to construct the university free of charge. It is not part of the railway contract, we spoke with CCECC and told them to train Nigerians who will take over from them in their technology and they agreed. All Nigerians from all parts of the country are entitled to come here for studies, In the same as lecturing. Those who will teach are not only going to come from Daura, they will come from all parts of the country.

” So, we agreed with CCECC to build the University , and we chosed Daura. We believe that the school would be completed next year hopefully, and then we can start studies”,he said.

Responding, Katsina state governor, Mallam Aminu Massari, thanked the minister for citing the university in Daura, assuring that the state government would ensure cordial relationship exists between them and the construction company.