Borno state Governor has pledged support to support the National Drugs Law Enforcement Agency in itsefforts to curtail the use of hard drugs.

The agency recently destroyed hard drugs seized during its raids, on the outskirts Maiduguri the Borno State capital .

According to the 2019 reports by the European Union and the United Nations office of Dugs and Crime (UNODC) the number of drug users in Nigeria is estimated at 14.4 per cent or 14.3 million people, aged between 15 and 64 years 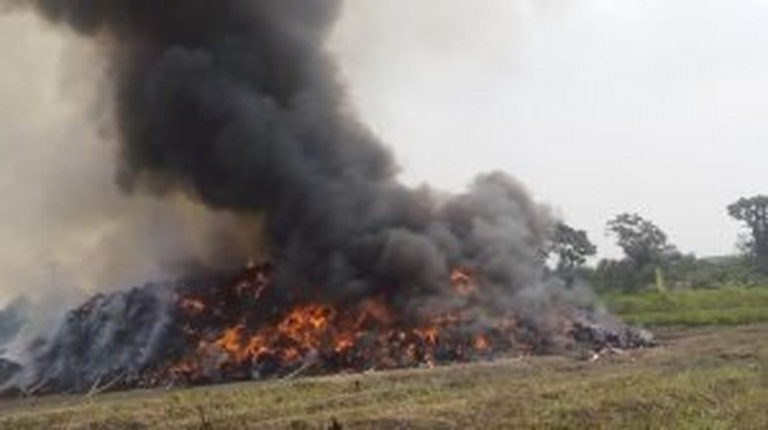 The data suggests that the prevalence of drug use in the past year in Nigeria is more than twice the global average of 5.6 per cent.

This is cause for concern as the NDLEA is determined to continue to curtail hard drugs producers and users.

The destruction of the hard drugs would go a long way in curbing the illegal trade and send the right signal to manufacturers and consumers alike .