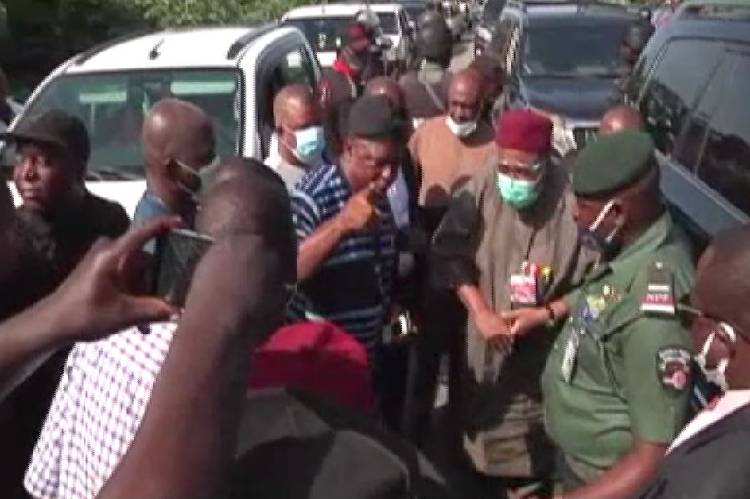 Governor Darius Ishaku has appealed to the Tiv and Jukun people, residing in the southern senatorial district of Taraba state to live in peace.

At a rally organised in Takum to welcome him home after close to a year’s absence, the Governor enumerated his administration’s achievement within five years. He also promised uninterrupted power supply.

Governor Ishaku thanked the mammoth crowd that came to receive him for the support given to his administration promising that the unstable power supply the town would soon be a thing of the past.

He expressed satisfaction that over the last five years, he has been able to fulfill 90 percent of his campaign promises.

The Governor sued for peace among all tribes particularly Tiv and Jukun of the southern senatorial district of the state.

The residents of Takum who shared their experiences with Tvcnews said they are eager to see the restoration of electricity in the area.

Many developmental projects have been brought to Takum local government by Darius Ishaku since he got into government.