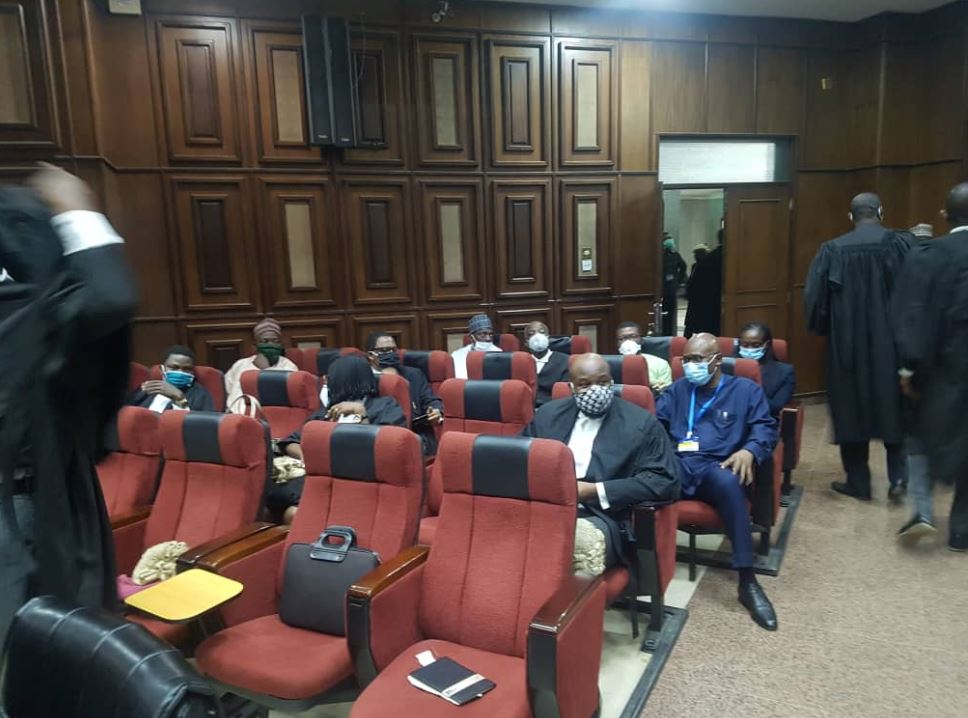 The former Attorney General of the Federation Mohammed Adoke has been arraigned by the Federal government on a 7 count charge of money laundering.

They both pleaded not guilty to the charges.

The arraignment of the defendants was informed by the decision of Justice Binta Nyako.

Justice Nyako was the trial Judge presiding over the case, for some reasons she recused herself from the trial.

The matter was then transferred to Justice Inyang Ekwo.

This will be the third time the former AGF will be arraigned and also pleading not guilty to charges of money laundering.

The matter was adjourned to 3th and 7th August for trial.