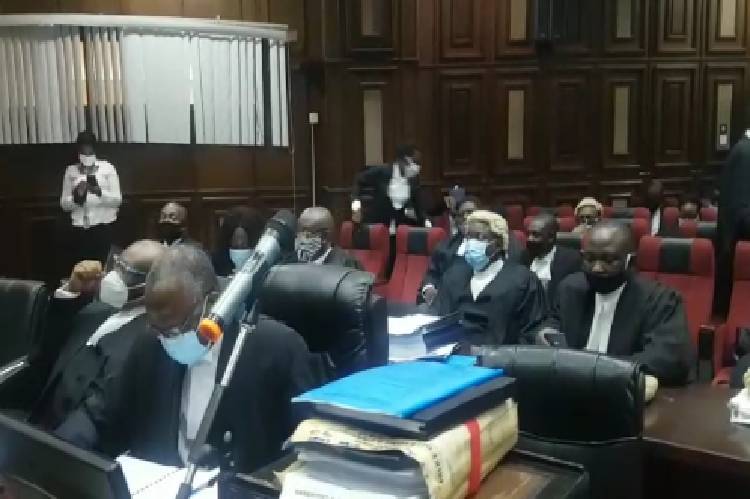 The Federal Government has opened its case against the former Attorney General of the Federation Mohammed Adoke.

At the last adjourned date, the former AGF alongside Aliyu Abubakar pleaded not guilty to 14 count charge of money laundering.

At the resumed sitting, the Federal Government called its first witness, Clement Osagie a representative of the Central Bank of Nigeria.

But Before the prosecution could go ahead with the examination of the witness, counsel to the 2nd defendant raised objections to the witness giving any evidence.

This he said was due to the fact that the prosecution failed to comply with section 379 (1) of ACJA to serve the proof of evidence and statement of witness on them.

He also submitted that the name Clement Osagie was not mentioned in the original charge and proof of evidence.

Delivering a short ruling Justice Inyang Ekwo gave the prosecution 24 hour -ultimatum to serve the defendants with all processes and particulars.

The matter was adjourned to 13th August for continuation of trial.