The Nigerian film industry is feeling the impact of the coronavirus pandemic. OVID-19:

Across states, theatres and cinemas have closed thanks to stringent measures taken by state governors to ban public gatherings exceeding twenty five persons in attendance.

A circular by the actors guild of nigeria asked actors to shun productions of more than thirty persons at a time.

Theophilus Elamah has a report on how the pandemic is taking its toll on entertainment not just in Nigeria but around the world. 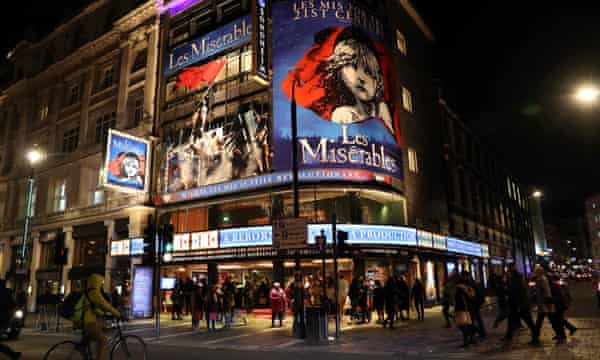 The COVID 19 pandemic has had a substantial impact on the film industry globally.

As part of lockdown measures, streaming sites Netflix, Hotstar and others temporarily disabled their HD video default option for phones until April 14.

Cinemas and movie theatres have been closed, festivals have been cancelled or postponed, and film releases have been moved to future dates or delayed indefinitely.

As cinemas and movie theaters closed, the global box office dropped by billions of dollars.

By the month of March 2020, the Chinese film industry had lost  US$2 billion, having closed all its cinemas during the Lunar New Year period that sustains the industry across Asia.

The United States saw its lowest box office weekend since 1998 between March 13th to 15th.

Cinema visits in Lagos have stopped and ratings have dropped significantly.

Film Festivals like Cannes film festival, Daytime Emmys, Coachella festival, Glastonbury festival in Britain, IREP Film festival in Lagos among others have all been postponed. This amounts to loss in revenue running into billions of dollars. With the number of confirmed running hundreds of thousands globally, one wonders just how an industry that’s said to be one of the largest employers of labour make a comeback.

The relevance of the entertainment industry, of which movie production is a subset, cannot be ignored.

As it is, the pandemic is dealing a huge blow on the sector. But practitioners are optimistic the industry will get back on its feet.

NLC calls for national lockdown to stem spread of COVID-19