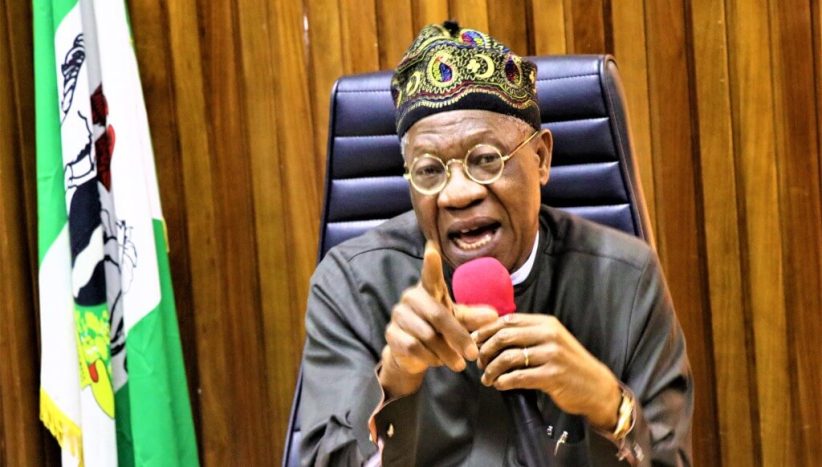 The Minister of Information and Culture, Lai Mohammed has urged filmmakers to stop promoting money ritual contents in their movies.

According to him, the directive to filmmakers is premised on the confession of some money ritual suspects who claimed they learnt the heinous act from movies and on social media.

This, he said, has boosted the resolve of the Federal Government to sanitise social media.

The minister said he has directed the National Film and Video Censors Board to take this issue into consideration while performing its role of censoring and classifying films and videos.

Mr. Mohammed said the government will not allow the social media space to be filled with dangerous content, adding that the President Muhammadu Buhari administration won’t relent in its efforts to ensure responsible use of social media.

The minister appealed to religious, traditional and political leaders to be part of efforts to sensitise youths to realise that success comes through hard work, not money rituals.

Troops recover Arms, Ammunition, Others from ISWAP in Borno