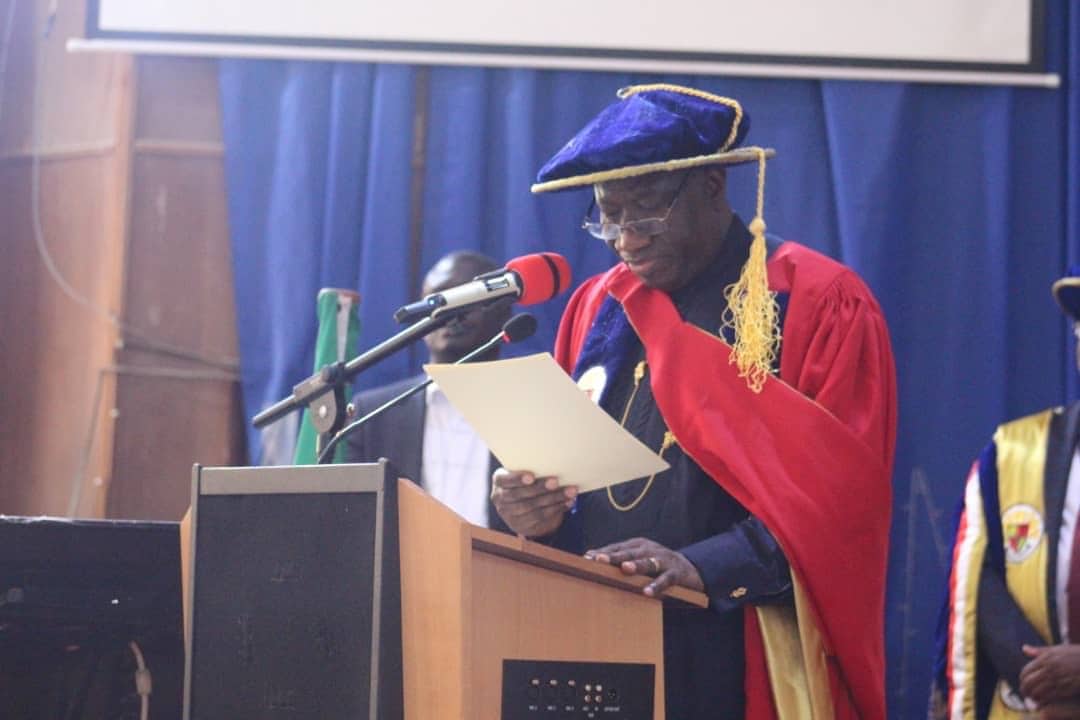 Former President, Goodluck Jonathan, has condemned cases of violence in the recently concluded Governorship elections in Bayelsa and Kogi States. Jonathan who was honoured with an Honorary Doctor of Science Degree by Igbinedion University, also expressed concern that military coup may be fading away for a new kind of political coup d’etat.

Ovieteme George reports that former President Goodluck Jonathan and his wife were received by the Esama of Benin and Honorable Chancellor, Dr. Gabriel Igbinedion before proceeding to the convocation arena of the university. The first private university in Nigeria finds Dr. Jonathan worthy of an Honorary Doctor of Science Degree with all rights and privileges.

Nollywood star Omotola Jalade-Ekeinde and three others also received honours from the university.

Counselling graduand of Igbinedion University on decorum and service to fatherland, the former President also expressed worry over the attitude of
politicians in recent governorship elections in the country.

Jonathan however expressed optimism that Nigeria’s fortunes will improve if the youth imbibe the right values in preparation for leadership.