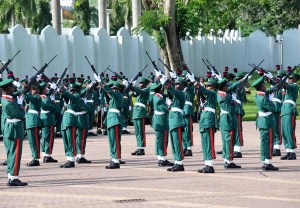 Nigeria will be fifty-nine in the next two days, and the Nigerian army is appealing to the public not to panic over the firing of field artillery guns during the 2019 Independence Anniversary Parade.

The Army gave the assurance in a statement by the Assistant Director, Army Public Relations, Captain Haruna Tagwai.

The 59th Independence Day Anniversary Parade will hold at the Forecourt of the Presidential Villa in Abuja on Tuesday and residents within Asokoro, Maitama and its environs are being alerted that sounds of gunshot do not portend any danger to them.

Reps to ensure accountability of funds given to Security Agencies