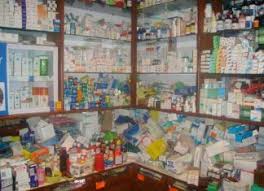 The Pharmacist Council of Nigeria (PCN) has shut down a total of Two Hundred and Thirty-One illegal patent stores and pharmaceutical outlets in Nasarawa State.

The premises were shutdown as a result of their poor sanitary conditions, poor documentation, non-display of premises and pharmacists annual licences.

TVC News Correspondent, Godwin Agwam reports that for Nigeria to achieve its socioeconomic goals, the health of its population of  200 million people must be paramount.

That is hard to achieve in a country where adulterated and fake drugs have flooded its markets. It is why the Pharmaceutical Council of Nigeria is taking its task of monitoring and regulating  goods and drugs consumed by its people, very seriously.

It took its monitoring to  Nasarawa State, this time around and was concerned about how much  the indiscriminate sales of drugs by unauthorised persons in the state, has taken root.

Most of the pharmaceutical stores visited were operating illegally and selling drugs without the specified storage facilities.

During the clampdown exercise by the council, some of those engaged in this indiscriminate sale of drugs could not communicate in English. This gave officials extra cause for worry because it indicated that there was a possibility that the culprit had been misdiagnosing ailments and given the wrong treatments to members of the public

This was the first phase of activities of the pharmacist council of Nigeria, put in place to streamline the drug distribution system and improve the level of pharmaceutical services in the state.